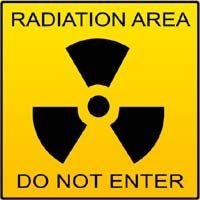 High dose radiotherapy may work wonders for some kinds of cancer but it is not recommended as a way to manage the symptoms of pleural mesothelioma. That word comes from a group of mesothelioma experts in one of the world’s mesothelioma hot spots – Melbourne, Australia.

Australia has the dubious distinction of having one of the highest rates of malignant mesothelioma in the world due to its long history of asbestos mining and exportation.

Although the country banned all uses of asbestos in 2003, many people are still suffering the effects of exposure that happened decades ago, which now makes Australia one of the top places in the world for mesothelioma research.

Radiotherapy for Palliation of Mesothelioma Symptoms

Mesothelioma grows on the membranes that surround internal organs. Mesothelioma tumors tend to be thin and irregularly-shaped, which makes them difficult to treat with radiation.

Another factor that complicates radiotherapy treatment of mesothelioma is the fact that the tumors – whether they occur in the chest or the abdomen – lie close to critical organs. When these organs absorb too much ancillary radiation, the results can be deadly.

The primary application for radiotherapy in pleural mesothelioma has been palliative, i.e., to manage or alleviate symptoms. As a palliative treatment, radiotherapy can be very effective. One mesothelioma study found that half of the patients treated with radiotherapy breathed easier and felt less pain after treatment.

How Much is Too Much?

But how much palliative radiation is too much? A team of radiation oncology researchers with Austin Health in Melbourne believe they have found the answer.

For ten years, their institution routinely treated pleural mesothelioma patients with at least 45 Gy of radiation to the diseased side of their chest (hemithoracic). In a newly-published retrospective study of these patients, the researchers analyzed the effectiveness of this policy.

The study included 71 pleural mesothelioma patients who received doses of radiation between 45 and 60 Gy. Seventeen patients received radiation to the lower hemithorax only using a technique called 3D conformal radiotherapy (3D-CRT). The remaining 54 patients had intensity-modulated radiotherapy (IMRT) to the whole hemithorax.

“Severe toxicity (grade 3-5) was observed in 53% of 3D-CRT and 78% of IMRT patients,” reports study author Farshad Foroudi, MD, in the Journal of Medical Imaging and Radiation Oncology.

The most common serious complication was pulmonary fibrosis, a scarring of the lungs that occurred in more than a quarter of the mesothelioma patients. Others experienced severe shortness of breath, skin changes, lung inflammation, pain and fatigue. Median overall mesothelioma survival was just 9.5 months and at least two people died as a result of the treatment. .

In a summary of their findings, the researchers conclude, “High-dose radiotherapy to the hemithorax caused significant toxicity to most patients with no improvement in survival.”

Although the higher doses of radiation used on mesothelioma patients at Austin Health may have done more harm than good, the team says lower doses confined to smaller areas still have a role to play in managing mesothelioma symptoms.