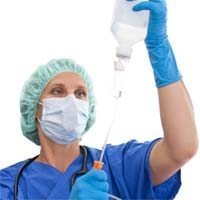 As part of what they call the “new era” of mesothelioma immunotherapy research, doctors in Ohio and Florida have just published the case report of a man whose pleural mesothelioma was stopped in its tracks with the drug nivolumab.

The case is detailed in the latest issue of the American Journal of Case Reports by researchers at the University of Florida and The Christ Hospital in Cincinnati.

Details of the Mesothelioma Case Report

The patient in question had been diagnosed with malignant pleural mesothelioma, a deadly cancer that typically carries a poor prognosis, even with aggressive treatment.

In fact, even though chemotherapy with a combination of cisplatin and pemetrexed (Alimta) is considered the standard-of-care for malignant mesothelioma, fewer than 4 in 10 patients respond to it.

Like most people with mesothelioma, the 68-year-old male patient in the case report had a history of work-related exposure to asbestos. And, like many mesothelioma patients, he was treated with surgery to remove as much of his mesothelioma tumor as possible, followed by several rounds of chemotherapy.

Unfortunately, as it does in so many mesothelioma cases, the patient’s cancer continued to progress, even after treatment.

Although there is no standard second-line therapy for mesothelioma, the man’s doctors decided to try nivolumab, an immunotherapy drug sold under the brand name Opdivo.

Opdivo is believed to work against cancer by blocking PD-1, one of the mechanisms that helps mesothelioma and other types of cancer cells “hide” from the immune system. It is currently used in the treatment of several other types of cancer, including relapsed non-small cell lung cancer.

When the patient’s pleural mesothelioma was treated with nivolumab alone, he experienced  “an exceptional and sustained response”. The case, which is the first to document such a significant response to nivolumab in a mesothelioma patient, prompted the research team to conclude,

“As outcomes with traditional chemotherapy regimens remain disappointing, there is a substantial need for new approaches to malignant pleural mesothelioma; our case highlights a new therapeutic opportunity even in the face of aggressive disease.”

They go on to say that the “new era” of investigation into immunotherapy drugs like nivolumab in mesothelioma treatment is beginning with “much anticipation”.

Currently, most mesothelioma patients do not live beyond about 18 months after diagnosis. Some of the most notable exceptions include people who have used immunotherapy drugs, alternative therapies such as cannabis, and/or made significant lifestyle and dietary changes.

The MESOMICS project is the most comprehensive dataset of mesothelioma genomics to date. The data in this resource can help researchers to design precision treatments for mesothelioma patients This project was created by an international collaboration between scientists from France, Chile, and the United States. Understanding Diagnosis Malignant pleural mesothelioma is a rare cancer caused by asbestos exposure. There are approximately 2,000 cases of mesothelioma diagnosed in the United States alone every year. Because it is so rare, the treatment options are very limited compared to other types of cancer. The limited treatment options combined with the cancer’s ability to spread without being noticed makes mesothelioma a deadly disease. Median overall survival for mesothelioma patients is a little over a … END_OF_DOCUMENT_TOKEN_TO_BE_REPLACED