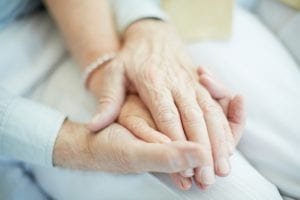 Too many patients with malignant pleural mesothelioma are not getting the trimodality treatment protocol that could significantly change their outcomes.

That is the finding of a newly-published study conducted at MD Anderson Cancer Center in Houston, Texas.

Researchers reviewed the records of more than 20,000 patients in the National Cancer Database with a definitive diagnosis of pleural mesothelioma between 2004 and 2014.

They discovered that, even though a combination of therapies has been shown to yield the best mesothelioma outcomes, too many patients were not being given the option of multi-modal treatment.

Among the 20,561 mesothelioma patients included in the study, only 4,028 underwent cancer-directed surgery. Of those, just 533 (2.6% of the total) received additional treatment with chemotherapy and radiotherapy. This combination in known as trimodality treatment.

“Many malignant pleural mesothelioma patients are not treated with trimodality therapy, with significant variation in treatment patterns,” writes study author David B. Nelson, MD, in the European Journal of Cardiothoracic Surgery.

Most of the mesothelioma patients who did not receive at least chemotherapy after their cancer surgery were those in the earliest cohorts. The team reports that the use of surgery with chemotherapy increased by 87 percent during the ten year study period.

There was, however, no statistically significant change in the use of trimodal mesothelioma therapy which would also include radiotherapy.

Mesothelioma Survival May be Impacted

The lack of trimodal therapy for so many patients is significant because malignant mesothelioma is a rare and aggressive malignancy that rarely responds to a single type of cancer treatment.

Findings released earlier this year by the MD Anderson team demonstrated longer mesothelioma survival in patients who received a combination of cancer-directed surgery, chemotherapy, and radiation.

The impact was especially significant in those with the most common subtype of pleural mesothelioma called epithelioid mesothelioma. For these patients, trimodal therapy extended mesothelioma survival by nearly nine months from 14.5 to 23.4 months.

Patients who were fortunate enough to be treated at a major academic center (where experts have more experience with mesothelioma) or those who traveled at least 26 miles for treatment were also more likely to undergo trimodal mesothelioma therapy, increasing their odds of survival.

The researchers conclude that more mesothelioma patients should be referred to “high volume and specialized centers” where they can not only access more therapeutic options like trimodal mesothelioma treatment, but where they are also more likely to have the opportunity to enroll in a clinical trial.

A Canadian study found that tracking trends in mesothelioma at the local level can help officials predict future mesothelioma cases. Most mesothelioma tracking efforts focus on the national scale and monitor cases across a country or region. This study, published in Cancer Causes and Control, looked at mesothelioma cases based on industrial sources of asbestos in Ontario and British Columbia. Growing Number of Cases Asbestos is a toxic material that is used in many commercial and industrial products. It’s durability and heat resistance made it very popular in products like construction materials, textiles, and vehicles. Mesothelioma is a deadly cancer caused by exposure to asbestos. It was first identified as a cancer-causing material in 1977 by the International Agency for … END_OF_DOCUMENT_TOKEN_TO_BE_REPLACED