Home / News / Mesothelioma Risk May Differ Between Children and Adults 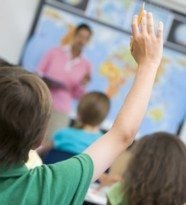 Australian researchers say it may take longer for asbestos-exposed children to develop malignant mesothelioma than it takes adults with the same level of exposure.

Public health researchers with multiple Australian Universities and Utrecht University in The Netherlands say being younger may offer a short-term reprieve from the mesothelioma-inducing effects of asbestos.

Unfortunately, that lower susceptibility is unlikely to last for a lifetime.

Studying the People of Wittenoom

Scientists determined that asbestos-exposed children are less likely to contract malignant mesothelioma, at least in the short term, by studying the records of Australians who lived around the notorious Wittenoom asbestos mine.

The Wittenoom mine, which mined for crocidolite or “blue” asbestos from 1943 to 1966, has now been linked to hundreds of mesothelioma deaths among the 7,000+ people who either worked in the plant or lived in the dusty town.

After the plant was closed in 1966, the Australian government deemed the town to be too contaminated with mesothelioma-causing asbestos to be cleaned up and closed Wittenoom for good.

After adjusting the survival data for differences in age, gender, and exposure level, the Australian researchers found that non-occupationally asbestos-exposed adults were more likely to have received a mesothelioma diagnosis over the same time period than were children with the same exposure.

The study determined susceptibility by looking at the incidence of mesothelioma per 100,000 “person years” among two groups — those were who were younger than 15 when they were first exposed to environmental asbestos and those who were older than 15.

That is the good news.

Lifetime Risk of Mesothelioma Still Likely to Be High

The bad news for the kids of Wittenoom, many of whom are still living, is that they still have plenty of time to develop malignant mesothelioma and some probably will.

Mesothelioma has one of the longest latency periods of any cancer, meaning that it can take 40 years or more for signs of the cancer to develop after asbestos exposure.

The researchers caution that the results may simply mean that younger bodies are better able to hold the cancer at bay for longer.

“Given the long latency of mesothelioma, and the greater years of life yet to be lived by the Wittenoom children, it is likely that there will be more cases of mesothelioma in the future among those first exposed as children,” concludes the report.

Thousands of children around the world live or attend school in older building that were built with a variety of asbestos products. In the US, virtually every home or public building constructed before 1981 contains some asbestos.

Reid, A, “Are children more vulnerable to mesothelioma than adults? A comparison of mesothelioma risk among children and adults exposed non-occupationally to blue asbestos at Wittenoom”, August 29, 2018, Occupational and Environmental Medicine, Epub ahead of print

Researchers in Iran tested the safety of a new version of the drug pemetrexed in patients with non-small cell lung cancer and malignant pleural mesothelioma. This drug is used to treat these patients when they are not able to get surgery for their cancer. The researchers were able to determine that pemetrexed is safe in patients with non-squamous non-small cell lung cancer. Treatment Choices Malignant pleural mesothelioma is a lung-related cancer like non-small cell lung cancer. It is caused by exposure to asbestos. Treatment for mesothelioma usually involves chemotherapy, radiation therapy, and surgery. Patients may receive more than one type of treatment. This is called multimodal therapy. Pemetrexed is a chemotherapy drug that interrupts the cell replication process that helps … END_OF_DOCUMENT_TOKEN_TO_BE_REPLACED