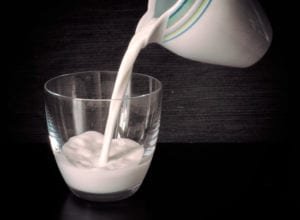 There is new evidence that substances in cow’s milk may trigger a physiological process that leads to the death of chemotherapy-resistant mesothelioma cells.

The substances are known as BAMLET and BLAGLET and they consist of either alpha- or beta-lactalbumin from cow’s milk and a lipid called oleic acid. The two protein-lipid complexes have been shown to have cytotoxic effects on eight other types of cancer.

Now, researchers in Sydney, Australia have found that the same may be true for malignant mesothelioma, one of the hardest cancers to treat.

In 2006, microbiologists in Sweden published a paper on the cancer-killing power of alpha-lactalbumin in human milk (HAMLET), including the ability of this protein to seek out and trigger cell death in cancer cells while sparing healthy cells.

A Danish study published in 2010 in Molecular Cancer Therapeutics determined that a similar complex derived from cow’s milk had the same effect. “It kills a wide range of transformed cells of various origins while leaving nontransformed healthy cells largely unaffected, both in vitro and in vivo,” wrote the researchers.

They determined that the complex kills tumor cells via “lysosomal membrane permeabilization”, a process that plays a key role in the natural cell death of mesothelioma cells.

For the new Australian study, researchers performed tests on 16 different mesothelioma cell lines in the lab. They discovered that, the higher the oleic acid content of the complex, the more lethal it was to malignant mesothelioma cells, which are typically highly resistant to standard chemotherapy treatments.

Unfortunately, fighting mesothelioma is not as simple as consuming milk that contains these cytotoxic proteins. A key part of effectiveness of these complexes is the oleic acid, which was applied, along with the proteins, directly to cancer cells and did not travel through the digestive system.

The good news for mesothelioma patients, however, is that these two compounds could represent a new and potentially safer way to combat the asbestos cancer. This could be especially important for patients who have not had good luck with other mesothelioma treatments.

“The results reported here indicate that BAMLET and BLAGLET may be effective second-line treatment options for mesothelioma,” concludes the report in the online medical journal PLoS One.

The MESOMICS project is the most comprehensive dataset of mesothelioma genomics to date. The data in this resource can help researchers to design precision treatments for mesothelioma patients This project was created by an international collaboration between scientists from France, Chile, and the United States. Understanding Diagnosis Malignant pleural mesothelioma is a rare cancer caused by asbestos exposure. There are approximately 2,000 cases of mesothelioma diagnosed in the United States alone every year. Because it is so rare, the treatment options are very limited compared to other types of cancer. The limited treatment options combined with the cancer’s ability to spread without being noticed makes mesothelioma a deadly disease. Median overall survival for mesothelioma patients is a little over a … END_OF_DOCUMENT_TOKEN_TO_BE_REPLACED