Home / News / Radical Multi-Modal Mesothelioma Treatment: Is it Worth It? 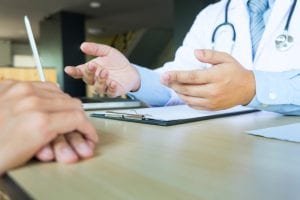 A team of Egyptian researchers is calling on mesothelioma doctors and patients to rethink their approach to treating this aggressive, asbestos-linked cancer.

Scientists with Ain Shams University in Cairo conducted a review of studies on radical multi-modality approaches to malignant mesothelioma treatment and concluded that, despite what some other studies seem to suggest, this may not always be the best approach.

What Are Radical Multi-Modal Mesothelioma Treatments?

The standard treatment for malignant mesothelioma – and one which almost every mesothelioma patient receives – is platinum-based chemotherapy. In the US, most patients have a combination of pemetrexed (Alimta) and cisplatin.

But many patients also have at least one other type of mesothelioma treatment, such as surgery, radiation, immunotherapy, or photodynamic (light-based) therapy. This is known as multi-modal or multimodality treatment and many studies have shown it to be the preferred approach to combating malignant mesothelioma.

A procedure is considered “radical” when it is more extensive or intensive than standard therapy. Extrapleural pneumonectomy (EPP), which involves removal of one lung as well as the pleural membrane and other at-risk tissues, is considered a radical mesothelioma surgical approach.

In their review of the medical literature on radical multi-modal mesothelioma treatment, the Egyptian team identified two randomised clinical trials that fulfilled their inclusion criteria. The studies involved a total of 104 mesothelioma patients.

One study compared a combination of pre-surgical chemotherapy, EPP, and high-dose hemithoracic (one side of the chest) radiotherapy with EPP and chemotherapy alone.

The other trial compared EPP and hemithoracic radiotherapy with “standard” (non-radical) therapy followed by chemotherapy.

In the first trial, the median mesothelioma survival among patients who did not receive radiotherapy was 20.8 months while those in the radiotherapy group had a median survival of 19.5 months.

In the second trial, 12 mesothelioma patients experienced serious side effects from their treatment, including ten who were receiving the more radical multi-modal treatment and two in the standard treatment group.

Median overall survival was just 14.4 months among the mesothelioma patients who underwent EPP but 19.5 months for those who had standard non-radical treatment.

Although the authors of the new study conceded that the studies were small and “the overall strength of the evidence…is low”, they conclude that “there is a lack of available evidence to support the use of radical multimodality therapy in routine clinical practice.”

Summarizing the findings in the Cochrane Database of Systematic Reviews, lead author Omar Abdel-Rahman concludes, “Given the added cost of multimodality treatment and the possible increase in risk of adverse effects, the lack of evidence of their effectiveness probably means that these interventions should currently be limited to clinical trials alone.”

The MESOMICS project is the most comprehensive dataset of mesothelioma genomics to date. The data in this resource can help researchers to design precision treatments for mesothelioma patients This project was created by an international collaboration between scientists from France, Chile, and the United States. Understanding Diagnosis Malignant pleural mesothelioma is a rare cancer caused by asbestos exposure. There are approximately 2,000 cases of mesothelioma diagnosed in the United States alone every year. Because it is so rare, the treatment options are very limited compared to other types of cancer. The limited treatment options combined with the cancer’s ability to spread without being noticed makes mesothelioma a deadly disease. Median overall survival for mesothelioma patients is a little over a … END_OF_DOCUMENT_TOKEN_TO_BE_REPLACED