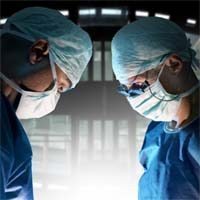 Extrapleural pneumonectomy, the most radical – and risky – type of surgery for malignant pleural mesothelioma, is more likely to lead to long term survival when paired with strategic follow-up treatments.

That is the conclusion of researchers at Japan’s Kyushu University who conducted a retrospective study of 10 mesothelioma patients who underwent EPP at their institution between 2001 to 2010.

EPP surgery is one of two primary types of surgery for pleural mesothelioma. It differs from pleurectomy with decortication (PD) because, in addition to the pleura and all or part of the diaphragm, it involves the removal of a lung.

Surgeons around the world are divided over the merits of EPP because it is such a major surgery and carries significant risk. However, several studies have indicated that, among carefully-chosen patients in experienced cancer centers, EPP can improves the odds of surviving mesothelioma.

Multi-Modality Mesothelioma Treatment – Before and After Recurrence

Like PD and nearly all other types of pleural mesothelioma treatments, EPP is used as part of a multi-modality approach that may also include chemotherapy, radiotherapy, or newer treatments like immunotherapy.

But there is relatively little data to suggest how EPP patients should be treated after their mesothelioma recurs, as it did in 80 percent of the patients in the new Japanese study.

Four of the patients experienced their first mesothelioma recurrence after EPP on the same side of their chest as the original tumor. These patients all underwent some kind of local (at the treatment site) treatment, including either additional surgery or radiotherapy. Some also received systemic chemotherapy.

Two patients developed new mesothelioma tumors in the peritoneal space around the lining of the abdomen while two others had their first recurrence on their remaining lung. These two groups received platinum-based systemic chemotherapy.

Patients survived a median of 17.8 months after their first recurrence and the 2-year survival rate was 23.4 percent.

Based on the recurrence patterns they saw, the Japanese research team concluded that what they called “direct tumor extension”, a malignant mesothelioma tumor that arises as an extension of the original tumor in roughly the same area, may be a primary mechanism for mesothelioma recurrence.

They also concluded that follow-up treatment makes a major difference in survival.

The MESOMICS project is the most comprehensive dataset of mesothelioma genomics to date. The data in this resource can help researchers to design precision treatments for mesothelioma patients This project was created by an international collaboration between scientists from France, Chile, and the United States. Understanding Diagnosis Malignant pleural mesothelioma is a rare cancer caused by asbestos exposure. There are approximately 2,000 cases of mesothelioma diagnosed in the United States alone every year. Because it is so rare, the treatment options are very limited compared to other types of cancer. The limited treatment options combined with the cancer’s ability to spread without being noticed makes mesothelioma a deadly disease. Median overall survival for mesothelioma patients is a little over a … END_OF_DOCUMENT_TOKEN_TO_BE_REPLACED