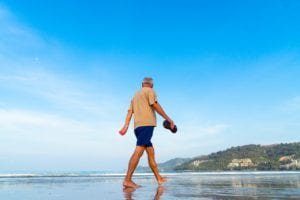 People with the most dangerous subtypes of malignant pleural mesothelioma may live longer if they undergo surgery.

In an article in the Annals of Thoracic Surgery, University of Arizona researchers say cancer-directed surgery can lengthen survival in people with sarcomatoid and biphasic mesothelioma, two of the hardest cancers to treat.

Multiple studies have suggested that there is a survival benefit from surgery in people with epithelioid mesothelioma, the most common subtype.

But, the evidence is much more scanty for people with either sarcomatoid or biphasic mesothelioma, both of which are associated with a worse mesothelioma prognosis  and shorter overall survival.

Now, the Tucson-based research team says surgery aimed at removing the cancer (rather than just alleviating symptoms) can help these mesothelioma patients live longer, too.

The three mesothelioma subtypes are differentiated by certain cellular characteristics and can be identified by histology, which is the study of cells and tissues. Epithelioid, sarcomatoid, and biphasic mesothelioma are known as histological subtypes.

It takes special expertise to recognize the subtle differences in different types of cells, but their correct identification is critical to choosing the right mesothelioma treatments.

Although all forms of mesothelioma are highly resistant to standard cancer therapies, the sarcomatoid and biphasic subtypes – which are the rarest forms of asbestos cancer – are least likely to respond to standard therapy.

The Arizona researchers used the National Cancer Database to identify 878 patients with early stage (I or II) biphasic or sarcomatoid malignant pleural mesothelioma diagnosed between 2004 and 2013.

They then compared the overall survival in the patients who had cancer-directed surgery to those who had only chemotherapy and/or radiation.

Among the 524 sarcomatoid mesothelioma patients studied, the overall median survival was 5.5 months. However, those who had undergone surgery had a median survival that was three months longer than those who did not have surgery (7.56 months versus 4.21 months).

The trend was the same for the 354 patients with biphasic mesothelioma. Although these patients had an overall median survival of 12.2 months, those who had cancer-directed surgery had a median survival of 15.8 months compared to just 9.3 months among the non-surgery patients.

“The cancer directed surgery is associated with improved survival in early stage malignant pleural mesothelioma patients with non-epithelioid histology compared with those who did not have surgery or chose medical therapy,” observes lead investigator, cardiothoracic surgeon Samuel Kim, MD.

But Dr. Kim and his colleagues also issue a warning: The high-risk nature of mesothelioma surgery means that careful patient selection is critical for the best outcomes. Six percent of the studied  patients who underwent surgery died within a month and 21.4 percent did not live beyond three months.

Kim, S, et al, “Is There a Role for Cancer Directed Surgery in Early Stage Sarcomatoid or Biphasic Mesothelioma?”, September 29, 2018, Annals of Thoracic Surgery, Epub ahead of print