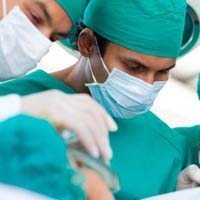 Canadian researchers say the mesothelioma drug pemetrexed (Alimta) might make a good option for the specialized treatment known as heated intraperitoneal chemotherapy (HIPEC), as long as the temperature is just right.

Approved by the FDA in 2004, pemetrexed is still the only drug specifically approved for the treatment of malignant mesothelioma. Mesothelioma patients typically receive it systemically, through infusion, along with a platinum-based drug like cisplatin.

But a Montreal research team says pemetrexed might also be effective if it is delivered using the HIPEC method. Since this use of pemetrexed has not yet been supported by preclinical studies, the team tested the theory in lab rats using varying drug concentrations and temperatures.

What they discovered was valuable information about HIPEC that could have an impact on the survival of human mesothelioma patients.

Mesothelioma is notoriously resistant to treatment with chemotherapy. Even pemetrexed, the only drug specifically approved by the FDA for mesothelioma treatment, is only effective part of the time.

HIPEC has emerged in recent years as a potentially more effective method for getting cancer-fighting drugs into the mesothelioma cells, particularly in the abdominal cavity where peritoneal mesothelioma grows.

After a surgeon removes as much of a mesothelioma tumor as possible, a heated saline solution containing chemotherapy drugs is rinsed through the abdomen for a period of time. The goal is to kill any remaining mesothelioma cells and to help keep new tumors from forming.

A number of studies have shown fewer chemotherapy-related side effects and improved mesothelioma survival with HIPEC.

Although pemetrexed isn’t typically a HIPEC drug, doctors at the University of Montreal call it a “potentially promising intraperitoneal agent” for HIPEC. Recognizing that pemetrexed has not been tested in this way, they attempted to determine how much of the drug was absorbed by cells at different concentrations and temperatures.

In other words, in the peritoneal cavity, increasing the heat did not increase the absorption of pemetrexed. The authors say the information can be used to develop a clinical trial of pemetrexed in HIPEC with human mesothelioma patients.

Badrudin, D, et al, “Pharmacokinetics and the effect of heat on intraperitoneal pemetrexed using a murine model”, May 20, 2016, Surgical Oncology, Epub ahead of print

A Canadian study found that tracking trends in mesothelioma at the local level can help officials predict future mesothelioma cases. Most mesothelioma tracking efforts focus on the national scale and monitor cases across a country or region. This study, published in Cancer Causes and Control, looked at mesothelioma cases based on industrial sources of asbestos in Ontario and British Columbia. Growing Number of Cases Asbestos is a toxic material that is used in many commercial and industrial products. It’s durability and heat resistance made it very popular in products like construction materials, textiles, and vehicles. Mesothelioma is a deadly cancer caused by exposure to asbestos. It was first identified as a cancer-causing material in 1977 by the International Agency for … END_OF_DOCUMENT_TOKEN_TO_BE_REPLACED