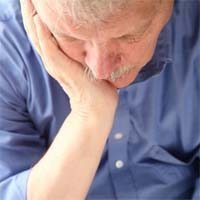 Mesothelioma patient advocacy groups in the UK are not happy about a proposed new law aimed at helping some patients receive compensation for their illness.

The bill now before the British Parliament would give mesothelioma patients who could not trace the origins of their disease to a liable company the opportunity to still receive some compensation through a fund paid for by insurance companies. The bill, which represents at least two years of negotiation with representatives of the British insurance industry, makes it mandatory for insurers to pay into the fund. While the bill still puts a cap on the amount of compensation a mesothelioma patient can receive, the cap is much higher than the previous government-funded program could provide.

But the bill limits eligibility for compensation to patients who were diagnosed with mesothelioma after July of 2012, a fact that some advocacy groups say leaves hundreds of patients out in the cold. “It’s understandable that those diagnosed with this terrible disease and the loved ones of those who have died would welcome an initiative aimed at helping victims to recover compensation,” union organizer Michael Blench told online news source, The Chronicle. “But it’s important to look at the detail of the bill and to see that it is not the act of benevolence it has been portrayed as.”

Blench claims that even mesothelioma patients who do receive compensation under the new law will be short-changed because of compensation levels which fall about 30% below the average asbestos payout. Blench and others have called for the bill to be amended to include patients diagnosed since 2010 and to ensure a higher level of compensation for all patients.

Mesothelioma is the most deadly of a long list of diseases linked to asbestos exposure. In the UK, as elsewhere in the world, most mesothelioma victims were exposed to asbestos in an industrial or construction job, or by living around the dust.  Mesothelioma kills an estimated 2,400 people in the UK each year and the country’s Health and Safety Executive (similar to the Occupational Safety and Health Administration in the US) is forecasting a further 56,000 deaths over the next 30 years as the asbestos in older buildings deteriorates.

Certain types of biomarkers can help doctors predict the best chemotherapy treatment for patients with malignant pleural mesothelioma. Researchers from Cairo University in Egypt looked at 91 mesothelioma patients. They tested two different chemotherapy drug combinations: pemetrexed plus cisplatin and gemcitabine plus cisplatin. FDA Approved Treatment Options Mesothelioma is a rare cancer caused by asbestos and standard therapies are limited. Most mesothelioma patients have chemotherapy as their first-line treatment. If they are healthy enough, they may also have surgery or radiation therapy. Chemotherapy is a group of toxic drugs that kill cells by damaging their DNA. As of this writing, the only FDA approved chemotherapy for malignant pleural mesothelioma is a combination of pemetrexed and cisplatin. Gemcitabine is not an … END_OF_DOCUMENT_TOKEN_TO_BE_REPLACED