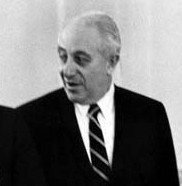 From the 1960’s to the early 90’s, Dr. Irving J. Selikoff was both renowned for his pioneering research on the dangers of asbestos, and reviled for allegedly making exaggerated claims against the asbestos industry. In their recent article, “Science is Not Sufficient: Irving J. Selikoff and the Asbestos Tragedy,” Jock McCulloch and Geoffrey Tweedale revisit Dr. Selikoff’s life, illustrating how his landmark research helped shed light on a public health tragedy.

McCulloch and Tweedale, both historians with a long-term interest in the asbestos industry, decided to spotlight the late asbestos researcher because, “Nothing of any value had been written about Dr. Selikoff, despite his importance in changing public attitudes in the U.S. toward asbestos,” according to Dr. McCulloch. Their article became possible in 2006, when Dr. McCulloch was granted access to Dr. Selikoff’s personal papers at Mount Sinai Hospital in New York.

“Having read his letters we were both impressed by his integrity, his willingness to work with people with whom he disagreed, and his dedication to science as an open-ended enterprise,” says Dr. McCulloch.

Dr. Selikoff first gained attention for his studies of asbestos factory workers in the 1960s, a time when asbestos use in the United States was reaching an all-time high. His research linked the mineral to an alarmingly high risk of serious lung damage (known as asbestosis), as well as lung cancer, mesothelioma, and other cancers. As the data mounted, Dr. Selikoff became known as one of the most prominent and outspoken researchers on asbestos-related health disorders.

Yet public opinion wasn’t always with him. Asbestos up to that time had been regarded as a highly useful mineral, its flame-retardant properties positioning it as a protector of human health. It was a component of everything from pipe insulation to car brakes, and the linchpin of a highly lucrative industry.

When Dr. Selikoff took on the asbestos industry and brought to light the health crises faced by its workers, he faced intense opposition not only from the industry itself, but also from the media. He was attacked for making exaggerated claims against asbestos. Rumors even began to circulate that he had faked his medical degree.

By the 1980s, however, Dr. Selikoff appeared vindicated as the tide of public opinion shifted against asbestos. Tens of thousands of sick asbestos workers brought claims against the industry, and many won. In the 1980s, a government-mandated clean-up program in the U.S. led to massive asbestos removal projects in schools and office buildings.

Yet today, asbestos use continues in America, Canada, and much of the developing world, and its threat to public health persists. Before he died, Dr. Selikoff worried that perhaps he hadn’t been forceful enough in his efforts. Instead of pushing for a full ban on asbestos, he had hoped that science would find new ways to treat mesothelioma and the other cancers asbestos produces. “He could have been more confrontational with the big industries in the U.S.,” says Dr. McCulloch. “Instead, he believed that facts and science would hold sway. They didn’t.”

Dr. McCulloch believes that government and industry leaders today have an obligation to continue Dr. Selikoff’s legacy by looking “at the science and the hard evidence” surrounding the dangers of asbestos and by ensuring that “men and women are protected in the workplace.”

Bartrip, P.W.J. Irving John Selikoff and the case of the missing medical degrees. Journal of the History of Medicine and Allied Sciences, 2003;58: 3-33.

A new study from the University of Sydney showed that cannabis had some anti-cancer effects in mesothelioma. Parts of the marijuana plant have been used for centuries to treat a wide variety of ailments. This includes cancers like pleural and peritoneal mesothelioma and cancer-related pain. We have all heard of medical marijuana. Various states have either legalized its use for specific patients. Many are reviewing its legality for various diseases. Cannabis and Mesothelioma Survival Mesothelioma is a deadly disease with few treatment options. Alternative treatments consist of any approach considered non-conventional. This may include herbs, vitamins, minerals, and other natural non-toxic supplements. When used with conventional approaches, these alternative modalities are often called “complementary.” Surveys suggest that over 70% of … END_OF_DOCUMENT_TOKEN_TO_BE_REPLACED