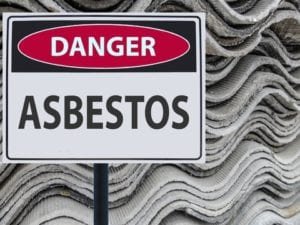 A new report out of South Korea is proof that it can take many years for mesothelioma rates to decline even after implementing an asbestos ban.

Asbestos is the number one cause of malignant mesothelioma worldwide. South Korea banned asbestos in 2009. But a report in the International Journal of Environmental Research and Public Health shows the country will likely be dealing with the after-effects well into the future.

A national asbestos ban is a vital step toward fighting occupational cancer. But the new study is a sobering reminder that it cannot eliminate mesothelioma overnight.

Mesothelioma can be a health hazard for anyone who ever worked with or around asbestos.

Once a worker inhales or swallows even a little bit of asbestos dust, the fibers stay in the body. Those fibers cause changes at the cellular level. If the exposed worker has a genetic susceptibility, he or she may develop mesothelioma years or even decades later.

There is no cure for mesothelioma. Many people who contract this aggressive cancer die within a year. An asbestos ban may seem like an obvious way to combat mesothelioma. But mesothelioma’s long latency means that banning the substance today may not curb the disease for decades.

The new Korean report shows just how long it can take for an asbestos ban to impact mesothelioma rates.

Mesothelioma Latency and the Impact of an Asbestos Ban

Transite was popular in cement roofing, wall cladding, gutters, pipes, fireplace flues and other products. Anyone involved in mining the asbestos or making, installing, or repairing asbestos cement products could be at risk for deadly mesothelioma.

Korean doctors diagnosed the first occupationally-linked case of mesothelioma in the country in 1993. It took another 15 years for the Korean government to implement an asbestos ban. Today, the manufacturing, use, and import of raw asbestos or asbestos products is banned in South Korea.

But the authors of the new report from Seoul National University and Korea University say mesothelioma rates are still going up. They say the cancer’s long latency period is the reason.

The research team used population data and asbestos consumption estimates to predict mesothelioma incidence from 2019 to 2038. The data shows that it will take a long time for the asbestos ban to have a measurable impact on rates.

“The APC model predicted a continuous increase over the next 20 years with no peak, suggesting that the incidence of MM will continue to rise far into the future,” concludes Kyeongmin Kwak. Dr. Kwak is with the Department of Occupational and Environmental Medicine at Korea University Ansan Hospital.

Mesothelioma rates have been slowly declining in the US where asbestos is heavily regulated but not banned. So far, asbestos industry lobbyists have blocked attempts to pass a US asbestos ban.

The MESOMICS project is the most comprehensive dataset of mesothelioma genomics to date. The data in this resource can help researchers to design precision treatments for mesothelioma patients This project was created by an international collaboration between scientists from France, Chile, and the United States. Understanding Diagnosis Malignant pleural mesothelioma is a rare cancer caused by asbestos exposure. There are approximately 2,000 cases of mesothelioma diagnosed in the United States alone every year. Because it is so rare, the treatment options are very limited compared to other types of cancer. The limited treatment options combined with the cancer’s ability to spread without being noticed makes mesothelioma a deadly disease. Median overall survival for mesothelioma patients is a little over a … END_OF_DOCUMENT_TOKEN_TO_BE_REPLACED