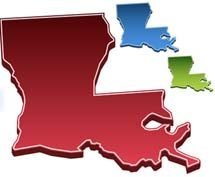 A new report has some discouraging health news for the residents of Louisiana: Their risk of mesothelioma and other asbestos-related diseases remains higher than residents of other states, despite an increase in asbestos regulation.

In a recent study of the chronic, debilitating lung disease, asbestosis, researchers in the Louisiana Department of Health and Hospitals note that the state has more facilities that produce, process or use asbestos than any other state in the US. Like mesothelioma, a deadly cancer of internal body membranes, asbestosis is caused by inhaling or ingesting asbestos fibers.

“As a condition highly associated with occupational exposure, its incidence has been affected by changes in industry standards,” the authors write in the Journal of the Louisiana State Medical Society.

To evaluate just how those changing standards have affected the incidence of asbestosis in Louisiana, the researchers analyzed state hospital discharge data from 1999 to 2009.  What they found is a steady rate of hospitalizations because of asbestosis – about 295 cases per year – despite increased regulation of asbestos production by the Environmental Protection Agency (EPA) and the Occupational Safety and Health Administration (OSHA) over the past 20 to 30 years.  Asbestosis in Louisiana affects mostly white males and cases tend to be clustered geographically in the vicinity of the state’s asbestos-using industries like shipping operations and oil drilling.  Like its mesothelioma rate, Louisiana’s asbestosis rate remains significantly higher than the U.S. average.

Louisiana’s rate of mesothelioma is also continuing to hold steady at about 1.3 cases per 100,000 residents, a rate almost 30 percent higher than the national average. According to the Environmental Working Group, there were just under700 recorded deaths from asbestos-related diseases including mesothelioma, asbestosis and lung cancer in Louisiana from 1979 through 1999.

The fact that mesothelioma rates in Louisiana are higher than other states despite the increases in regulation is not surprising.  Mesothelioma typically has a latency rate (time from asbestos exposure to mesothelioma diagnosis) of several decades.

Five out of ten Korean oncologists surveyed feel positive about using an aerosolized chemotherapy system called PIPAC for mesothelioma and other types of cancer. PIPAC stands for pressurized intraperitoneal aerosol chemotherapy. The system turns liquid chemotherapy drugs into a spray that can be applied with a nebulizer. It was developed to treat surface malignancies like peritoneal mesothelioma that can be hard to treat with standard methods.  PIPAC can be used in conjunction with mesothelioma surgery or by itself as either a palliative or curative treatment.  The technology is still very new. Many doctors have never used it. But research conducted by the Seoul National University College of Medicine shows Korean doctors are ready to embrace it. How Spray-on Chemotherapy Works … END_OF_DOCUMENT_TOKEN_TO_BE_REPLACED