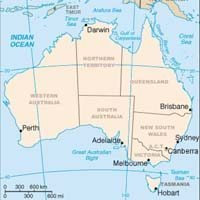 After a legal battle that lasted more than ten years and prompted a made-for-TV movie in Australia, seven former corporate directors were recently found guilty of lying to employees and the public about mesothelioma compensation.

Building product company James Hardie Industries was Australia’s biggest producer of asbestos cement and had manufactured asbestos products of various kinds since the 1930’s. In 2001, it moved its operation overseas, leaving behind a trust fund for Australian workers whose asbestos exposure at work put them at risk of mesothelioma and other asbestos related diseases. The company publicly stated that this mesothelioma compensation fund was ‘fully funded’ and would provide ‘certainty’ for current and future mesothelioma victims.

In fact, the fund was on the verge of bankruptcy and did not have sufficient money set aside for mesothelioma compensation.  A study commissioned to project future claims was never finished and Australian media reports say the fund was $1.5 billion short of what it would need to fully compensate asbestos workers who contracted mesothelioma.

The most famous of those workers was Bernie Banton, a former James Hardie employee who became an outspoken advocate for asbestos victims before he died of mesothelioma in 2007.  The public outcry incited by Banton forced the company to agree to replenish the inadequate mesothelioma compensation fund. Banton’s story, and the story of the seven James Hardie directors who were on trial, became the subject of a made-for television movie now in production.

But the Australian Securities and Investments Committee (ASIC), the regulatory agency for Australian corporations, brought the James Hardie directors to trial over their deceptive statements about mesothelioma compensation. Although the recent ruling of Australia highest court will have little direct bearing on current mesothelioma patients, it does clarify the rules for honesty in corporate communication and will force Australian companies to present more reliable information to current and former employees, as well as to stockholders and the public.

Bernie Banton’s widow told the Australian press that the ruling was “bittersweet”, largely because it came so many years after the fact. Hundreds of former James Hardie employees have contracted asbestos-related diseases like mesothelioma. Australia has one of the highest per capita mesothelioma rates in the world.

Researchers in Iran tested the safety of a new version of the drug pemetrexed in patients with non-small cell lung cancer and malignant pleural mesothelioma. This drug is used to treat these patients when they are not able to get surgery for their cancer. The researchers were able to determine that pemetrexed is safe in patients with non-squamous non-small cell lung cancer. Treatment Choices Malignant pleural mesothelioma is a lung-related cancer like non-small cell lung cancer. It is caused by exposure to asbestos. Treatment for mesothelioma usually involves chemotherapy, radiation therapy, and surgery. Patients may receive more than one type of treatment. This is called multimodal therapy. Pemetrexed is a chemotherapy drug that interrupts the cell replication process that helps … END_OF_DOCUMENT_TOKEN_TO_BE_REPLACED