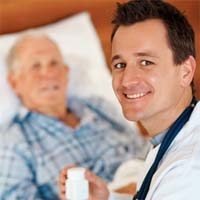 Living with malignant mesothelioma can be an emotional roller coaster. On one hand, the prognosis for mesothelioma patients remains relatively poor, in spite of intense research going on around the globe.

On the other hand, new studies released within the past year indicate that 2016 could be the most hopeful year yet for mesothelioma sufferers and their families.

While Alimta (pemetrexed) remains the only medication that is FDA-approved specifically for pleural mesothelioma treatment, other new drugs are showing encouraging results.

One of those is the monoclonal antibody Keytruda (pembrolizumab) which is designed to block a cell surface protein called PD-1. This protein is believed to be expressed by up to 40 percent of mesothelioma tumors.

In a recent trial conducted in Canada, 76 percent of mesothelioma patients responded to treatment with Keytruda, a figure the researchers called “unprecedented”.

Keytruda was approved in late 2015 as a second-line treatment for relapsed non-small cell lung cancer.

Another Approach to Mesothelioma Immunotherapy

Another immunotherapy drug gaining momentum in 2015 as a potential new mesothelioma treatment is tremelimumab.

This CTLA-4 inhibitor, made by AstraZeneca, was granted Orphan Drug status by the FDA for its potential to extend mesothelioma survival – particularly in patients who fail to respond to standard chemotherapy.

Conventional chemotherapy for mesothelioma also got a boost in 2015.

Several studies in the past year have supported the idea that the mesothelioma drug Alimta, the most common chemotherapy drug used to treat the asbestos cancer, is more effective if it is delivered with a fat-based coating around the molecules.

Liposomal pemetrexed encapsulates each molecule of Alimta in a bubble-like liposome, allowing more of the drug to enter mesothelioma tumors with less damage to healthy cells and fewer toxic side effects.

2015 also saw the release of several studies supporting the idea that mesothelioma patients who have lung-sparing surgery tend to have been survival results over time than those who have more radical surgery.

Another advance in 2015 involved the release of a mesothelioma blood test that researchers say will improve diagnosis.

Sharkey, AJ, et al “The effects of an intentional transition from extrapleural pneumonectomy to extended pleurectomy/decortication”, December 3, 2015, European Journal of Cardiothoracic Surgery, Epub ahead of print

Ando, H, et al, “Advanced therapeutic approach for the treatment of malignant pleural mesothelioma via the intrapleural administration of liposomal pemetrexed”, October 14, 2015, Journal of Controlled Release, Epub ahead of print

A Canadian study found that tracking trends in mesothelioma at the local level can help officials predict future mesothelioma cases. Most mesothelioma tracking efforts focus on the national scale and monitor cases across a country or region. This study, published in Cancer Causes and Control, looked at mesothelioma cases based on industrial sources of asbestos in Ontario and British Columbia. Growing Number of Cases Asbestos is a toxic material that is used in many commercial and industrial products. It’s durability and heat resistance made it very popular in products like construction materials, textiles, and vehicles. Mesothelioma is a deadly cancer caused by exposure to asbestos. It was first identified as a cancer-causing material in 1977 by the International Agency for … END_OF_DOCUMENT_TOKEN_TO_BE_REPLACED