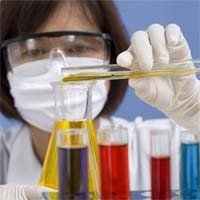 The cholesterol-lowering drug simvastatin may boost the cancer-killing power of the mesothelioma drug pemetrexed. That news, released by a team of Korean scientists, comes on the heels of another published study showing that the statin drug atorvastatin did not kill mesothelioma in either mice or humans.

Although they are primarily used to lower high cholesterol, statin drugs have been shown to have pro-apoptotic properties, meaning they can trigger the dying process in certain cells. An Australian team that recently tested atorvastatin alone found no effect on mesothelioma. But the newest test of a statin for mesothelioma paired the drug simvastatin with the gold-standard chemotherapy drug pemetrexed with more promising results.

“We found that the combination of pemetrexed and simvastatin induced more extensive caspase-dependent apoptosis than either drug alone in malignant mesothelioma cells or non-small cell lung cancer cells,” writes one of the paper’s lead authors, Ki-Eun Hwang, MD, of the Wonkwang University School of Medicine.

Dr. Hwang and his colleagues report that the simvastatin/pemetrexed combination caused an increase in the production of reactive oxygen species (ROS – an indication of cellular stress) and caused the membranes of energy-producing mitochondria inside mesothelioma cells to weaken.

The researchers conclude that the combination treatment works through “ROS-dependent mitochondrial dysfunction” and by activation of a pro-apoptotic molecule known as Bim.  If further studies confirm the laboratory findings, the next step will be to test the combination in mesothelioma patients.

Pemetrexed along with a platinum drug like cisplatin is the preferred chemotherapy regimen  for malignant pleural mesothelioma, even though it is only moderately effective. Most mesothelioma patients receive a combination of treatments including surgery, drug therapy, and radiation and researchers continue to search for ways to boost the efficacy of these therapies. The new study on simvastatin appears in the International Journal of Oncology.

An international group of researchers have provided recommendations for countries to create a mesothelioma registry. Mesothelioma registries are great tools to monitor the negative effects of asbestos. It can help to identify clusters of asbestos exposure. Registries can also track the impact of asbestos reduction programs. Asbestos Health Risks Asbestos is a naturally occurring mineral that has been found throughout the world. Even though it is toxic, it is used in manufacturing and construction in many countries around the world. Mesothelioma is a cancer that is caused by exposure to asbestos. It grows in the lining of organs like the lungs. Generally, those who develop mesothelioma show no signs of illness for a long time after their first exposure. It … END_OF_DOCUMENT_TOKEN_TO_BE_REPLACED