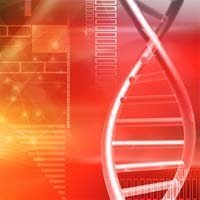 A new study from one of the country’s leading cancer centers suggests that the nuclei of mesothelioma cells may hold vital clues for predicting patient survival.

Mesothelioma is an aggressive type of cancer caused by exposure to asbestos.  Epithelioid mesothelioma is the most common subtype.  Doctors often use the cancer’s stage – a measure of cancer extent and severity – to predict how well patients will respond to treatment.  But now a group of scientific researchers from Memorial Sloan-Kettering Cancer Center in the U.S. and Kagawa University in Japan believe they have found an even more effective prognostic indicator – inside the nucleus of mesothelioma cells.

To conduct their experiment, the researchers examined the slides of 232 patients who had been diagnosed with the epithelioid type of malignant pleural mesothelioma. They then examined the nuclei of the cell samples to evaluate them on seven different features: nuclear atypia (variation in appearance), nuclear/cytoplasmic ratio, chromatin pattern (pattern of DNA and proteins), intranuclear inclusions (usually extra proteins), prominence of nucleoli (components of the nucleus), and atypical mitosis (abnormal division of the chromosomes).

Thorough analysis of each mesothelioma cell sample revealed that two of the features, nuclear atypia and mitotic count, were directly related to patient prognosis. These factors were then used to create a three-tier nuclear grade score that could be used to predict survival.  Grade I mesothelioma patients had an overall survival of 28 months, grade II survived an average of 14 months, and grade III patients survived 5 months.

“Not only was nuclear grade an independent predictor of overall survival, but it was also a stronger discriminator of survival than all currently available factors,” wrote the study’s authors in summary of their findings for a recent issue of Modern Pathology.  Beyond simply predicting length of survival, the nuclear grading system also proved useful in predicting time to mesothelioma recurrence in patients who underwent complete surgical resection.

The researchers concluded that using their nuclear grading system for patients with epithelioid mesothelioma “provides a simple, practical, and cost-effective prognostic tool that better stratifies clinical outcome and time to recurrence than currently available clinicopathologic factors.”

A Canadian study found that tracking trends in mesothelioma at the local level can help officials predict future mesothelioma cases. Most mesothelioma tracking efforts focus on the national scale and monitor cases across a country or region. This study, published in Cancer Causes and Control, looked at mesothelioma cases based on industrial sources of asbestos in Ontario and British Columbia. Growing Number of Cases Asbestos is a toxic material that is used in many commercial and industrial products. It’s durability and heat resistance made it very popular in products like construction materials, textiles, and vehicles. Mesothelioma is a deadly cancer caused by exposure to asbestos. It was first identified as a cancer-causing material in 1977 by the International Agency for … END_OF_DOCUMENT_TOKEN_TO_BE_REPLACED