Home / News / Deadly Trend: Mesothelioma and Other Rare Cancers Make Up More than Half of UK Cancer Deaths 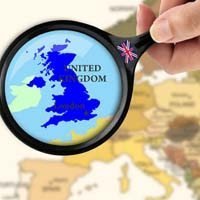 A UK organization advocating for patients with uncommon cancers like mesothelioma says rare cancers now account for more than half of the cancer deaths in the country.

The newly-published report from Cancer52 finds that deaths from rare cancers like mesothelioma reached a new high of 54% in 2011. The data comes from England’s National Cancer Intelligence Network and shows that, although deaths from mesothelioma and other uncommon cancers are up, these diseases still account for less than half of the cancers diagnosed. According to Cancer52, 47% of cancer cases diagnosed in the UK are those that occur among fewer than 100,000 people.

“This disparity perfectly illustrates the challenges faced by those diagnosed with a less common cancer,” Cancer52 interim chair Clara Mackay said in a news release. “At every stage of the cancer pathway from diagnosis to access to treatments, everything is more difficult.”

Mesothelioma remains one of the rarest of rare cancers, although it is more common in the UK than it is in most other countries. There are approximately 2,500 mesothelioma cases each year in the UK and NCIN data shows that there were 2,009 deaths from the disease in 2011. Like others with rare cancers, the Cancer52 report suggests that mesothelioma patients are less likely to get an accurate diagnosis in time to implement effective treatments.

According to Cancer52, problems that may delay diagnosis and treatment in mesothelioma and other rare cancers include the complexity of these diseases, lower funding for their research, lower numbers of people who have them, and under-recognized symptoms. “Once diagnosed, the patient experience is worse and the number of drugs and research programmes developed are fewer with less innovation in the field,” observes Mackay.

Other findings include the fact that poorer people are more likely to get and die from cancer and that the gap between rich and poor is particularly large in lung cancer and five less common cancers. While there was no direct correlation between income levels and mesothelioma incidence noted in the report, mesothelioma is most common among industrial and construction workers who have been exposed to asbestos on the job.

A Canadian study found that tracking trends in mesothelioma at the local level can help officials predict future mesothelioma cases. Most mesothelioma tracking efforts focus on the national scale and monitor cases across a country or region. This study, published in Cancer Causes and Control, looked at mesothelioma cases based on industrial sources of asbestos in Ontario and British Columbia. Growing Number of Cases Asbestos is a toxic material that is used in many commercial and industrial products. It’s durability and heat resistance made it very popular in products like construction materials, textiles, and vehicles. Mesothelioma is a deadly cancer caused by exposure to asbestos. It was first identified as a cancer-causing material in 1977 by the International Agency for … END_OF_DOCUMENT_TOKEN_TO_BE_REPLACED