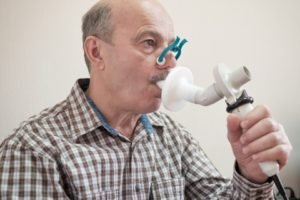 Early cancer detection can be difficult, but there is a promising history of research on detecting mesothelioma by smell.

A new study suggests that a change in a patient’s body odor may be used for early malignant pleural mesothelioma detection. This holds tremendous hope for early treatment.

Right now, pleural mesothelioma detection relies heavily on various clinical tests. These tests often include radiography, CT, MRI, ultrasound, and biopsy. All of these technologies and methods are effective. However, several are invasive, expensive, time-consuming, or limited to large hospital settings.

In an article in BBA – Reviews on Cancer, researchers explore how body odor can detect malignant pleural mesothelioma. The team says the research on detecting mesothelioma by smell is promising. Nevertheless, a more extensive global research effort is needed.

There has been a growing interest in finding alternative early cancer detection methods. Preferably those which use less invasive and less expensive methods.

Cancer often alters body odor. Scientists have been working for decades on identifying the individual signatures of cancer, including their smell, in the war against mesothelioma. In a recent study, French scientists from the Centre for Ecological and Evolutionary Cancer Research reviewed 208 studies between 1984 and 2020.

Scientists have been trying to identify individual compounds in body odor smells to distinguish between healthy patients and those with cancer. Over the last 74 years, more than 784 different compounds have been identified. The presence of these odor compounds in mesothelioma patients raises questions about the link between body odor and cancer.

Over 60% of these studies analyzed lung cancer odors. Among 28 compounds identified, only two were specific to lung cancer. The compounds 1-propanol and pentane were found in most lung cancer publications. However, there is still more research to be done to confirm the specific value of these compounds as biomarkers in mesothelioma diagnosis.

Over the last 74 years, five publications have explored the use of body odor in the early detection of malignant pleural mesothelioma. Two studies identified ten compounds from the patient’s breath. Three additional studies used an electronic nose to identify additional compounds. However, no compound was shared between the publications.

Different techniques have been used to detect body odor changes in cancer patients. These most often include an electronic nose.

Previous research has shown that animals, including dogs and mice, can detect cancer by smell with close to 100% sensitivity. Even the use of insects may be possible for detecting mesothelioma by smell.

According to Flora Gouzerh from the Centre for Ecological and Evolutionary Cancer Research, “The use of noses, whether animal or electronic, can be considered as a very promising technique for the detection of odor variation linked to cancer.”

Despite this promising research on detecting mesothelioma by smell, there is still a very long road ahead. No definitive answer currently exists. However, recent enthusiasm in the field gives hope that these techniques will diagnose cancer earlier.

The MESOMICS project is the most comprehensive dataset of mesothelioma genomics to date. The data in this resource can help researchers to design precision treatments for mesothelioma patients This project was created by an international collaboration between scientists from France, Chile, and the United States. Understanding Diagnosis Malignant pleural mesothelioma is a rare cancer caused by asbestos exposure. There are approximately 2,000 cases of mesothelioma diagnosed in the United States alone every year. Because it is so rare, the treatment options are very limited compared to other types of cancer. The limited treatment options combined with the cancer’s ability to spread without being noticed makes mesothelioma a deadly disease. Median overall survival for mesothelioma patients is a little over a … END_OF_DOCUMENT_TOKEN_TO_BE_REPLACED