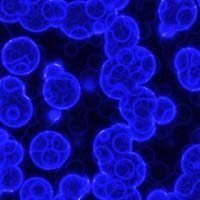 A mesothelioma treatment approach that includes light-activated chemicals and a lung-sparing surgery is being called “safe” and “encouraging” by some of the nation’s top mesothelioma researchers.

Radical pleurectomy and decortication (P/D) involves the removal of the thickened pleural membrane around the lungs and separation of the pleura from the chest wall. The goal is to allow the lung to expand more easily.  Because it is less likely to remove all of the mesothelioma cells than the more extensive approach known as Extrapleural Pneumonectomy (EPP), some doctors have only considered P/D for patients who would not tolerate lung removal. The debate among the world’s mesothelioma experts continues.

But at the University of Pennsylvania, doctors are achieving notable success in treating mesothelioma with a combination of P/D and adjuvant photodynamic therapy (PDT). Photodynamic therapy involves the treatment of cancer cells with a light-sensitive agent and light in the hopes of disrupting cancer cell DNA. In their newly-published study, 38 patients underwent the two procedures. Thirty-five of the 38 (92%) mesothelioma patients also received systemic chemotherapy. Ninety-seven percent of the patients had stage III/IV mesothelioma and most (82%) had the most common epithelioid variety.

Many newly-diagnosed mesothelioma patients die of the disease within a year. But after radical P/D and PDT, the median survival in the University of Pennsylvania study was 31.7 months for all 38 patients.  Patients with the epithelioid subtype lived even longer with a median survival of 41.2 months. Those with epithelial mesothelioma also had a slower rate of disease progression. Median progression-free survival was. 9.6 percent for all patients and 15.1 percent for the epithelioid group.

In 97 percent of the mesothelioma patients studied, surgeons report “macroscopic complete resection” of the mesothelioma tumor using this lung-sparing technique. Interestingly, although overall survival was longer than usual for patients with epithelial mesothelioma, the time it took for their disease to begin growing again was not.  The researchers conclude that this may be due either to the preservation of the lung and/or to the PDT.

Their study, published in the Annals of Thoracic Surgery, ends with this upbeat summary: “We conclude that the results of this lung-sparing approach are safe, encouraging and warrant further investigation.”

The MESOMICS project is the most comprehensive dataset of mesothelioma genomics to date. The data in this resource can help researchers to design precision treatments for mesothelioma patients This project was created by an international collaboration between scientists from France, Chile, and the United States. Understanding Diagnosis Malignant pleural mesothelioma is a rare cancer caused by asbestos exposure. There are approximately 2,000 cases of mesothelioma diagnosed in the United States alone every year. Because it is so rare, the treatment options are very limited compared to other types of cancer. The limited treatment options combined with the cancer’s ability to spread without being noticed makes mesothelioma a deadly disease. Median overall survival for mesothelioma patients is a little over a … END_OF_DOCUMENT_TOKEN_TO_BE_REPLACED