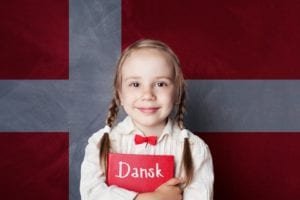 Environmental asbestos exposure in childhood can dramatically raise the risk for malignant mesothelioma later in life.

That is the finding of new mesothelioma research conducted in Denmark.

The study appears in the newest issue of Occupational & Environmental Medicine. It included more than 12,000 people who attended school near an asbestos cement plant during a 30-year period.

Researchers discovered that kids educated near the plant were much more likely to receive a mesothelioma diagnosis as adults.

Asbestos was once thought to be an ideal component of building products such as insulation, roof tiles, and cement. It has high tensile strength, is impervious to heat and flame, and is and highly resistant to corrosion. On top of that, asbestos was plentiful and inexpensive.

But asbestos is also the primary cause of mesothelioma, a rare but aggressive cancer that is extremely difficult to treat.

As in many developed countries, Danish companies used asbestos throughout the 20th century with few precautions. Environmental asbestos exposure was not even a consideration for decades.

From 1928 to 1984, an asbestos cement plant operated in Aalborg, Denmark. Thousands of Aalborg children went to school near the plant.

In a sweeping new study, researchers at Aalborg University set out to determine what effect living and going to school near the plant had on their mesothelioma risk.

Researchers identified 12,111 adults who attended one of four primary schools near the asbestos cement plant between 1940 and 1970. The schools stood between 100 and 750 meters downwind of the plant.

A control group of 109,000 people of similar ages and genders served as a comparison.

Over the course of 62.5 person-years of follow-up, 32 men and 6 women developed mesothelioma. The people with environmental asbestos exposure were seven times more likely to develop malignant mesothelioma than the general public.

“Our results suggest that boys and girls who attended schools and lived in the neighbourhood of an asbestos cement plant later in life have a significantly increased risk of MM [malignant mesothelioma],” writes lead author Sofie Bünemann Dalsgaard.

People who attended school 250 meters north of the plant had the highest risk for mesothelioma. These former students developed mesothelioma at ten times the rate of the comparison group.

It can take decades for mesothelioma symptoms to arise after asbestos exposure. Asbestos-exposed children may have a higher lifetime risk for mesothelioma because they will live longer with the fibers in their bodies.

The MESOMICS project is the most comprehensive dataset of mesothelioma genomics to date. The data in this resource can help researchers to design precision treatments for mesothelioma patients This project was created by an international collaboration between scientists from France, Chile, and the United States. Understanding Diagnosis Malignant pleural mesothelioma is a rare cancer caused by asbestos exposure. There are approximately 2,000 cases of mesothelioma diagnosed in the United States alone every year. Because it is so rare, the treatment options are very limited compared to other types of cancer. The limited treatment options combined with the cancer’s ability to spread without being noticed makes mesothelioma a deadly disease. Median overall survival for mesothelioma patients is a little over a … END_OF_DOCUMENT_TOKEN_TO_BE_REPLACED