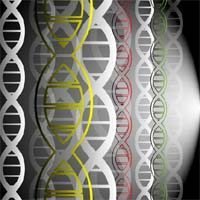 Not everyone who is exposed to asbestos has the same risk of developing mesothelioma.  Now, new research supports the idea that some people’s genetic inability to repair DNA damage at the cellular level may raise their risk of mesothelioma.

When asbestos dust is inhaled, tiny fibers can lodge in the lungs and stay there for decades, causing irritation and inflammation that have been linked to a range of illnesses, including asbestosis, lung cancer and malignant mesothelioma.

But scientists have not been able to come up with a specific genetic explanation for why different people exposed to the same amount of asbestos dust do not contract these diseases at the same rate. Now, a group of Italian researchers believe they may have found a partial answer by studying the records of hundreds of mesothelioma patients and healthy people in towns with high asbestos pollution.

The researchers found that two genes involved in DNA repair – XRCC1 and ERCC1 – were associated with mesothelioma.  When the team looked at only people who were known to have been exposed to asbestos, the risk increased with an increased number of XRCC1 or ERCC1 alleles. Writing in the journal Mutation Research, the team concludes, “The association of malignant pleural mesothelioma with DNA repair genes supports the hypothesis that an increased susceptibility to DNA damage may favor asbestos carcinogenicity.”

Five years ago, the same group of researchers was the first to report an association between polymorphisms in DNA repair genes and asbestos-associated malignant pleural mesothelioma, indicating a genetic component in mesothelioma development.

Mesothelioma is an aggressive cancer that can be very difficult to treat.  New treatments are needed. Understanding the biological mechanisms that cause the disease could eventually lead to better treatments.

Researchers in Italy say a virus normally found in goats could offer a new, safer way to kill malignant mesothelioma cells and improve patient outcomes.  The virus is caprine herpesvirus 1 (CpHV-1). It has been blamed for bouts of spontaneous abortions in goat herds. But it does not appear to cause any disease in humans. In fact, previous studies show CpHV-1 can kill several types of human cancer cells.  The newest study of CpHV-1 was conducted at the National Cancer Institute IRCCS G. Pascale Foundation in Naples. Scientists there made two important discoveries. They found that not only can CpHV-1 kill mesothelioma cells without harming normal cells, but it might also have the potential to make chemotherapy work better.  Mesothelioma … END_OF_DOCUMENT_TOKEN_TO_BE_REPLACED