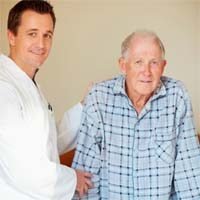 There is more evidence this week that the tumor suppressor gene known as BRCA1-associated protein 1 (BAP1) could help doctors distinguish pleural mesothelioma from other types of lung cancer – even cancers that commonly spread to the pleura.

Pleural mesothelioma is unique among cancers in that it starts on the pleural membrane that surrounds the lungs.

When other types of cancers metastasize to this region, however, it can be nearly impossible to tell them apart. Especially since late-stage pleural mesothelioma also shares many of the same symptoms as lung cancer, including cough, chest pain, and fatigue.

But a team of pathologists in British Columbia has found that, despite their similarities, malignant mesothelioma and lung cancer can be very different in their expression of BAP1.

The BAP1 protein, which is supposed to help suppress the growth of tumors, is produced by the BAP1 gene.

Among people who carry a mutation on this gene (also called BAP1 Cancer Syndrome) and do not produce the BAP1 protein, scientists have demonstrated a higher susceptibility to mesothelioma.

Although non-small cell lung cancer and pleural mesothelioma do share certain characteristics, the two have different patterns of growth and metastasis and respond differently to treatment. For this reason, it is vital for doctors to make a definitive diagnosis as early as possible so that they can implement the best treatment.

They found that only one percent of the lung cancer patients tested had cancer cells that exhibited BAP1 loss.

Dr. Michele Carbone with the University of Hawaii and his colleagues reached a similar conclusion last year. In their study published in Oncotarget, none of the lung cancer patients showed BAP1 loss while 63 percent of malignant mesothelioma patients did.

Previous studies of BAP1’s role in mesothelioma have uncovered one bright spot: Although people with familial BAP1 mutations are more likely to develop mesothelioma (and several other types of cancer), they also have better odds of surviving mesothelioma.

Certain types of biomarkers can help doctors predict the best chemotherapy treatment for patients with malignant pleural mesothelioma. Researchers from Cairo University in Egypt looked at 91 mesothelioma patients. They tested two different chemotherapy drug combinations: pemetrexed plus cisplatin and gemcitabine plus cisplatin. FDA Approved Treatment Options Mesothelioma is a rare cancer caused by asbestos and standard therapies are limited. Most mesothelioma patients have chemotherapy as their first-line treatment. If they are healthy enough, they may also have surgery or radiation therapy. Chemotherapy is a group of toxic drugs that kill cells by damaging their DNA. As of this writing, the only FDA approved chemotherapy for malignant pleural mesothelioma is a combination of pemetrexed and cisplatin. Gemcitabine is not an … END_OF_DOCUMENT_TOKEN_TO_BE_REPLACED