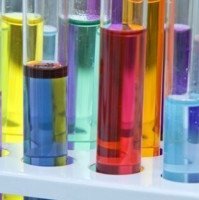 There is some exciting news on the mesothelioma research front from The University of Western Australia. Researchers there have successfully cured mesothelioma in mice using immunotherapy.

Australia’s long history with asbestos has given it the distinction of having one of the highest rates of mesothelioma in the world. It is also the location of some of the most cutting-edge mesothelioma research.

The latest study, conducted by the School of Pathology and Laboratory Medicine at UWA and published in the Journal of Interferon and Cytokine Research, suggests that a “cocktail” of drugs to simulate the immune system can eradicate mesothelioma tumors.  The researchers used a timed triple immunotherapy (TTI) protocol of three antibodies designed to “turn off” the production of specific proteins associated with cancer.

Three proteins were targeted by the drug cocktail. The first, CD25, is present on activated immune system T-cells and B-cells. The second protein, TGF-β, controls proliferation and cellular differentiation and is known to play a role not only in cancer, but also in asthma, heart disease, diabetes, and AIDS. The third targeted protein was CTLA-4, a protein found on the surface of T-cells which downregulates the immune system. By using drugs that deactivate these three proteins, the Australian research team managed to cure mice of their mesothelioma tumors.

“We report that a timed triple immunotherapy protocol using 3 agonist antibodies produced complete clearance of established AB1 murine mesothelioma tumors,” reports Shruti Krishnan, the paper’s lead author. Krishnan and her colleagues also found that combining the three antibodies into a single “cocktail” was just as successful against mesothelioma in the mice as giving the antibodies in succession.

When the cured mice were tested after three months, they were found to have higher levels of immunoglobulin G, an immune system antibody secreted by B-cells. There were also more B-cells in the lymph nodes closest to the tumors and in the spleen, suggesting that B-cells may play an important role in the success of this immunotherapy approach to mesothelioma.

A new study from the University of Sydney showed that cannabis had some anti-cancer effects in mesothelioma. Parts of the marijuana plant have been used for centuries to treat a wide variety of ailments. This includes cancers like pleural and peritoneal mesothelioma and cancer-related pain. We have all heard of medical marijuana. Various states have either legalized its use for specific patients. Many are reviewing its legality for various diseases. Cannabis and Mesothelioma Survival Mesothelioma is a deadly disease with few treatment options. Alternative treatments consist of any approach considered non-conventional. This may include herbs, vitamins, minerals, and other natural non-toxic supplements. When used with conventional approaches, these alternative modalities are often called “complementary.” Surveys suggest that over 70% of … END_OF_DOCUMENT_TOKEN_TO_BE_REPLACED