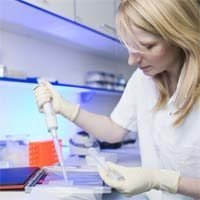 AstraZeneca’s immunotherapy drug tremelimumab may still have a chance as a novel mesothelioma treatment, even though an international clinical trial completed last year found that it did not extend mesothelioma survival.

In a new study published in The Lancet Respiratory Medicine, Italian researchers report that combining the monoclonal antibody with another drug called durvalumab “appeared active” as a second-line mesothelioma treatment with “a good safety profile”.

Hopes were initially high for tremelimumab, a monoclonal antibody that works by binding to the protein CTLA-4 on the surface of white blood cells and preventing it from inhibiting the cells’ cancer-fighting power.

The US even granted tremelimumab “orphan drug” status in 2015, a designation designed to incentivise the testing and development of promising treatments for rare illnesses like malignant mesothelioma.

But an international study of tremelimumab as a second- or third-line treatment in 571 patients with unresectable mesothelioma (DETERMINE trial) produced disappointing results: The median overall mesothelioma survival did not differ between the group of patients taking the drug and those on a placebo.

The latest study of tremelimumab for mesothelioma, which ran from October 2015 of October 2016, was much smaller, involving just 40 mesothelioma patients, but the results seem to be more hopeful.

Patients with either pleural or peritoneal mesothelioma received intravenous tremelimumab along with the anti-PD-L1 monoclonal antibody durvalumab every four weeks for four doses. Patients then got another nine doses of durvalumab for “maintenance”.

Although some patients did experience side effects – some of them serious – the researchers conclude that “treatment-related toxicity was generally manageable and reversible with protocol guidelines.”

Immunotherapy May Be Best Hope for Mesothelioma Cure

Tremelimumab and durvalumab are just two of the immunotherapy drugs being studied for the treatment of mesothelioma, an intractable cancer of the internal membranes that is resistant to every standard cancer treatment.

Most immunotherapy drugs aim to trigger an anti-cancer immune response by the body and/or disable cancer cells’ capacity to “hide” from immune system attack.

One of the most promising drugs in this category is pembrolizumab (Keytruda). Like durvalumab, pembrolizumab binds to the protein PD-L1, a protein that is overproduced by some mesothelioma tumors. Other immunotherapy drugs currently under investigation as alternative mesothelioma therapies include avelumab (Avastin), nivolumab (Opdivo), and ONCOS-102

Italian researchers say lung-sparing surgery can lead to long-term mesothelioma survival, even if surgeons take a more conservative approach.  Lung-sparing surgery for mesothelioma is also known as pleurectomy with decortication (P/D). P/D surgery is less extensive than the other main surgical approach for mesothelioma but it is also less risky. Now, doctors at Venice-Mestre Hospital say that, as long as it is performed early enough and combined with other treatments, lung-sparing surgery saves lives. Their report in the Journal of Thoracic Disease details the outcomes of 155 mesothelioma surgery patients tracked for a median of a year-and-a-half.  Extrapleural Pneumonectomy & Lung-Sparing Surgery Extrapleural pneumonectomy (EPP) is the most radical operation for pleural mesothelioma. In addition to removing the mesothelioma tumor … END_OF_DOCUMENT_TOKEN_TO_BE_REPLACED