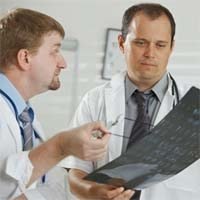 A cancer center in Canada is reporting a 3-year survival rate among 84% of their epithelial mesothelioma patients – a statistic that is significantly better than average. Malignant pleural mesothelioma is an especially aggressive cancer and the median survival with standard therapies is a little over a year.

Doctors at Princess Margaret Cancer Centre in Toronto achieved much better odds using a combination of pre-surgery (neoadjuvant) intensity-modulated radiation therapy (IMRT) and extrapleural pneumonectomy (EPP). EPP is the most radical surgical approach to mesothelioma. It involves removing not only the diseased pleural lining, but also the diaphragm, the pericardium around the heart, and the effected lung.

The new Canadian study involved 25 patients with malignant pleural mesothelioma diagnosed between 2008 and 2012. Patients had to have resectable (operable) disease and meet certain other health criteria. All eligible patients received 25 Gy of radiation in five daily fractions during one week to the diseased side of their chest. Areas deemed to be at particular risk for mesothelioma spread were given a 5 Gy “boost” of radiation. Radiotherapy was delivered using the highly-targeted IMRT method which is designed to minimize radiation absorption by healthy tissue.

Within about 6 days of their neoadjuvant radiotherapy, patients underwent EPP. None of the patients died during surgery, although 13 developed serious surgical complications afterward and one patient died from treatment-related toxicity during follow-up. Five patients received chemotherapy after surgery.

“This innovative protocol presents encouraging results and supports future studies looking at long-term outcomes in patients with epithelial subtypes,” they write in the Journal of Thoracic Oncology. EPP remains a controversial treatment for mesothelioma because of its risk of complications and death.