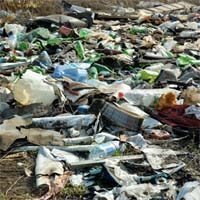 The U.S. Justice Department has announced that a New Jersey man will spend 15 months in prison for his part in a scheme to illegally dump thousands of tons of asbestos-contaminated construction debris – putting others at risk for mesothelioma. He was the last person to be sentenced in the conspiracy.

Asbestos is the cause of mesothelioma, a difficult to treat and aggressive cancer.  At the height of its popularity from the 1940s to the early 1970s, asbestos was common in building products ranging from floor and ceiling tiles to joint compound, concrete and shingles. It is still present in tens of thousands of older homes and buildings today.

In an effort to protect workers and the public from mesothelioma and other health risks associated with asbestos, the Environmental Protection Agency (EPA) has established strict rules for handling and disposing of asbestos. But 59-year-old Jonathan Deck of Norwood, New Jersey, along with at least two companies and four other people, were part of a plan to get around the costs associated with government-regulated asbestos removal. The group conspired to dump the contaminated construction waste on a 28-acre piece of property along the Mohawk River in upstate New York, potentially putting people downstream at risk for mesothelioma and other health problems.

More than 400 truckloads of asbestos were dumped at the site before the conspiracy was revealed in an investigation that lasted five years and involved the EPA, the IRS, and police and environmental officials from both New York and New Jersey. In addition to his prison sentence, Deck was ordered to pay $492,000 in restitution to help in the cleanup of the site. In all, the case resulted in more than 10 years of prison terms and more than $1 million in fines, restitution and cleanup costs. Deck and the other conspirators will also have to help pay for any future cleanup costs.

Mesothelioma is the most deadly of a range of health problems associated with inhaling or ingesting asbestos. The shape of microscopic asbestos shards prevents the body from safely expelling them. Decades of irritation and inflammation can lead to physiological changes that eventually result in mesothelioma. Construction workers and those who have worked or lived around an asbestos facility have some of the highest rates of mesothelioma in the world. Although some of these people encountered asbestos for years, the EPA has said there is no safe level of exposure and even small amounts of asbestos can increase mesothelioma risk.