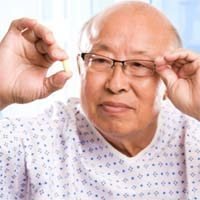 A newly-published case study is the latest to indicate that photodynamic therapy – a light-based method of treating cancer – may enhance the effectiveness of chemotherapy for mesothelioma.

Writing in a Korean medical journal, Doctors with the Dankook University College of Medicine in Cheonan, Korea detail the case of a 68-year-old mesothelioma patient who lived twice as long as most mesothelioma patients after receiving a combination of photodynamic therapy (PDT) and chemotherapy.

According to the doctors, the patient had already been through a round of chemotherapy at another hospital before coming to their facility. Not only had that chemotherapy not shrunk the man’s mesothelioma tumor, but the disease had actually progressed while he was on treatment. Unfortunately, this is not unusual with mesothelioma, which is highly resistant to standard therapies.

To improve the odds that a second round of chemotherapy would be more effective, and to treat the patient’s shortness of breath, the Dankook University team recommended PDT. As part of PDT, mesothelioma patients are given a light-sensitizing drug called NPe6. The mesothelioma cells absorb the drug, which then makes them susceptible to damage when a light is shined on them.

Whereas the median survival time for people with mesothelioma is about a year, the Dankook University patient lived for 27 months with the PDT/chemotherapy combination. His doctors say the next step for mesothelioma PDT research is to determine just the right administration protocol to take full advantage of the synergistic effect between PDT and chemotherapy.

PDT for mesothelioma has been the subject of several studies in recent years. Late last year, doctors in Japan determined that lab mice receiving pemetrexed prior to PDT treatment had longer survival than those who received the treatment after chemotherapy. These mice also experienced an 80% reduction in mesothelioma tumor size and very slow regrowth.

The MESOMICS project is the most comprehensive dataset of mesothelioma genomics to date. The data in this resource can help researchers to design precision treatments for mesothelioma patients This project was created by an international collaboration between scientists from France, Chile, and the United States. Understanding Diagnosis Malignant pleural mesothelioma is a rare cancer caused by asbestos exposure. There are approximately 2,000 cases of mesothelioma diagnosed in the United States alone every year. Because it is so rare, the treatment options are very limited compared to other types of cancer. The limited treatment options combined with the cancer’s ability to spread without being noticed makes mesothelioma a deadly disease. Median overall survival for mesothelioma patients is a little over a … END_OF_DOCUMENT_TOKEN_TO_BE_REPLACED