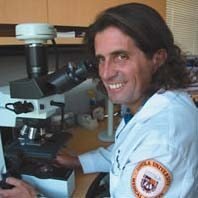 Mesothelioma research was given a valuable shot in the arm recently when one of the world’s top research centers for the disease received its second largest donation ever. The $3.58 million anonymous gift to the University of Hawaii Cancer Center will fund studies on ways to treat and prevent mesothelioma, a rare but virulent cancer that is caused by exposure to asbestos.

Dr. Michael Carbone, director of the UH Cancer Center, is one of the nation’s top experts on mesothelioma. Dr. Carbone and his team dramatically advanced the understanding of mesothelioma in 2010 with their published study on the mechanism by which asbestos affects the body at the cellular level to trigger the disease. Their research showed that inflammation, caused by continual exposure to imbedded asbestos fibers, brought on cellular mutations that eventually resulted in mesothelioma.

Recently, Dr. Carbone has turned his attention to Turkey where nearly 50 percent of residents die of mesothelioma. Although asbestos is the cause of mesothelioma worldwide, in this area of Turkey, a similar mineral called erionite is believed to be the primary cause.

Carbone says the National Institutes of Health has already planned a fall conference to address the relationship between erionite exposure and mesothelioma and the EPA is studying the issue. The National Cancer Institute estimates that about 3,000 Americans contract mesothelioma every year. The five-year survival rate with conventional therapies is estimated to be less than 10 percent.

An international group of researchers have provided recommendations for countries to create a mesothelioma registry. Mesothelioma registries are great tools to monitor the negative effects of asbestos. It can help to identify clusters of asbestos exposure. Registries can also track the impact of asbestos reduction programs. Asbestos Health Risks Asbestos is a naturally occurring mineral that has been found throughout the world. Even though it is toxic, it is used in manufacturing and construction in many countries around the world. Mesothelioma is a cancer that is caused by exposure to asbestos. It grows in the lining of organs like the lungs. Generally, those who develop mesothelioma show no signs of illness for a long time after their first exposure. It … END_OF_DOCUMENT_TOKEN_TO_BE_REPLACED