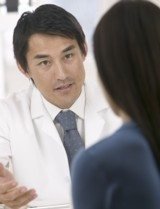 Adding a second round of chemotherapy with the drug pemetrexed can slow cancer progression in patients with pleural mesothelioma, according to a recent study in the Journal of Clinical Oncology.

Malignant pleural mesothelioma, which affects the lining of the lungs (pleura), is one of the toughest cancers for doctors to combat. “The tumor itself is the challenge, as it is practically incurable and hardly treatable,” says Jacek Jassem, MD, PhD, professor of Medicine at the Medical University of Gdansk in Poland. Surgery isn’t appropriate for most patients, and radiation has limited effectiveness.

One of the most effective treatments discovered so far is the combination of an anti-metabolite (a class of chemotherapy drugs that interfere with DNA production to halt tumor growth) and a platinum-based drug such as cisplatin. Although many patients stop after initial treatment with these drugs, Dr. Jassem and his colleagues wanted to see what might happen if patients were treated with a second round of chemotherapy.

The phase III study included 243 patients with advanced pleural mesothelioma who had already undergone chemotherapy treatment. About half of the patients were randomly assigned to receive the anti-metabolite chemotherapy drug pemetrexed plus best supportive care (which included nutritional support and pain control), while the other half of participants received best supportive care alone. Researchers measured the patients’ tumors before the start of the study, and then at six-week intervals.

Although there were side effects from pemetrexed (such as abnormally low white blood cell levels, fatigue, and chest pain), this study showed that second-line chemotherapy can slow disease progression in patients with pleural mesothelioma. The benefit of additional chemotherapy is significant, and this treatment should be considered on an individualized basis, according to Dr. Jassem.

In the future molecular biology might yield new treatments for pleural mesothelioma, but considering the difficult-to-treat nature of this disease, there has been only minor progress in therapies to date. “There is a sore need for further research in this area,” Dr. Jassem says.