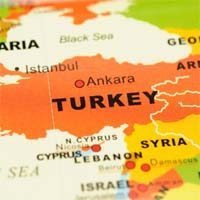 The Associated Press is reporting that an epidemic of mesothelioma cases is forcing the evacuation of a small Turkish village.

Turkey has long been a favorite setting for researchers around the world studying mesothelioma.  A prevalence of a mineral in the soil called erionite appears to dramatically increase the risk that some residents will get the cancer most closely associated with asbestos exposure. According to the AP report, the town of Tuzkoy has a rate of mesothelioma that is 600 to 800 times higher than it is elsewhere in the world.  About 48 percent of deaths in that town, as well as in the nearby villages of Sarihidir and Karain, are from mesothelioma. Tuzkoy was declared a hazardous zone in 2004 and many residents have moved away since there.

Like asbestos, erionite is found naturally in the soil in certain parts of the world, including the Cappadocia region of Turkey. Although it is usually buried deep underground, experts say the fact that it is closer to the surface around Tuzkoy makes it a greater hazard.  Erionite is routinely used there as a building material, added to paints, and found in abundance in the gravel that paves area roads.

The International Agency on Cancer Research, the cancer arm of the World Health Organization, has declared erionite a Group 1 carcinogen, along with asbestos, arsenic and tobacco. According to the Associated Press, the remaining residents in the village of Tuzkoy are being relocated and there is talk of demolishing and burying the town whose two cemeteries are now full of mesothelioma victims. The Turkish Parliament has set up a committee to decide on the best way to deal with the problem.

Although asbestos is the mineral most closely linked to mesothelioma in the U.S., erionite, which is a volcanic rock, is also found in high concentrations in some parts of the country.  Recently, the state of North Dakota stopped using gravel that contains erionite after reports of lung problems began to surface. The state of North Dakota and the EPA are now evaluating the health risk that the road dust may pose to residents and road workers.  Mesothelioma is a relatively rare cancer with only 2,000-3,000 cases reported per year in the U.S.

A new study published in Thoracic Cancer discussed the impact of COVID‐19 pandemic on new mesothelioma diagnoses in Italy. Malignant mesothelioma is a rare disease of great interest to the scientific community and to public health. This is due to its high lethality and its association with asbestos exposure. The timely diagnosis of mesothelioma is important. Although it may not change the prognosis of the disease, it can help in treatment strategies. It can also help in documenting previous exposure to asbestos. This can contribute to any request for compensation. New Study Shows Promising Results During the COVID-19 pandemic, there was a delay in the diagnosis of oncological diseases. This was because many departments were converted into COVID wards. And … END_OF_DOCUMENT_TOKEN_TO_BE_REPLACED