Home / News / Mesothelioma Causing Mine May Reopen in Canada 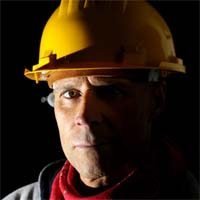 Mine that causes mesothelioma will probably stay open.

A spokesman for the Canadian Cancer Society says his organization is “deeply disappointed” that the government of Quebec has decided in favor of helping the Jeffrey asbestos mine stay in operation. According to Canadian media reports, the government has agreed to the $58 million dollar loan guarantee that was needed to help secure international funding and keep the chrysotile asbestos mine open. But the Canadian Cancer Society, the Canadian Medical Association, and other health organizations had argued vehemently against the move, citing evidence that asbestos causes deadly malignant mesothelioma.

Mesothelioma is caused by asbestos exposure. Not only are Canadians who work or live around the Jeffrey mine in Quebec at risk for mesothelioma and other asbestos-related diseases, but so are thousands of people in the countries to which Canada ships the asbestos. Most of these countries are third world countries that are not likely to enforce asbestos handling guidelines to minimize the risk of mesothelioma. The World Health Organization estimates that 107,000 worldwide contract mesothelioma every year.

“This decision directly conflicts with global cancer control,” says Paul Lapierre, Vice President of Cancer Control and Public Affairs with the Canadian Cancer Society. “The epidemic of asbestos-related cancers, both in Canada and around the world, will continue to spread. From a public health point of view, the Quebec Government has made the wrong decision as all forms of asbestos cause cancer.”

The Cancer Society has actively lobbied against the decision, saying it will increase the worldwide incidence of mesothelioma. In an attempt to mollify some of their critics, the government did place some conditions on the Jeffrey Mine funding. A consortium of investors must come up with $25 million in additional financing by July 1. The investors will also have to contribute $1.5 million annually for five years to support ‘economic diversification’ as well as annual inspections of the clients who purchase asbestos from the Jeffrey Mine.

The government says that reopening the Jeffrey Mine would create 425 jobs in the region and generate millions of dollars in taxes and royalties for Quebec. Despite the predicted rise in mesothelioma deaths, Quebec’s finance minister contends that Canada’s asbestos industry ‘saves lives’ by allowing countries like India to build more cheaply, supporting economic development.

A Canadian study found that tracking trends in mesothelioma at the local level can help officials predict future mesothelioma cases. Most mesothelioma tracking efforts focus on the national scale and monitor cases across a country or region. This study, published in Cancer Causes and Control, looked at mesothelioma cases based on industrial sources of asbestos in Ontario and British Columbia. Growing Number of Cases Asbestos is a toxic material that is used in many commercial and industrial products. It’s durability and heat resistance made it very popular in products like construction materials, textiles, and vehicles. Mesothelioma is a deadly cancer caused by exposure to asbestos. It was first identified as a cancer-causing material in 1977 by the International Agency for … END_OF_DOCUMENT_TOKEN_TO_BE_REPLACED