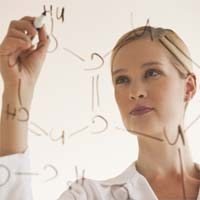 There’s new evidence that a transplant anti-rejection drug and a chemical compound similar to curcumin may both increase the mesothelioma-fighting power of chemotherapy with less harm to healthy cells.

Chemotherapy with platinum-based drugs like cisplatin is the fist-line treatment for pleural mesothelioma, an asbestos-linked cancer that starts on the mesothelium  surrounding the lungs . One of the biggest challenges of chemotherapy is how to kill as many mesothelioma cells as possible without damaging normal cells on the mesothelium. Now, a team of cancer researchers in Turkey a say they have found two compounds that appear to make that challenge easier.

The first compound is EF24, an analog of curcumin, the yellow pigment in the spice turmeric. Although curcumin has been shown to have anti-cancer properties, it is not highly bioavailable or effective. EF24 is chemically similar to curcumin, but has greater biological activity and bioavailability. The second compound, RAD001, or everolimus, is an immunosuppressant used to prevent rejection of organ transplants and to treat renal cell cancer and some other tumors.

When the Turkish team treated both mesothelioma cells and normal mesothelial cells with these agents alone or in combination with chemotherapy, their results suggested that they may have found a new mesothelioma treatment approach.

“We found that both EF24 and RAD001 alone treatments decreased only MSTO-211H [mesothelioma] cell viability, but cisplatin and oxaliplatin affected both cell lines,” reports lead author Dr. H. Ilke Onen a member of the faculty at Gazi University in Ankara, Turkey. In other words, EF24 and RAD001 only did damage to the cancer cells – not to the normal cells – while the chemotherapy drugs damaged both.

In addition, the study also suggests that the two compounds may even protect normal cells from the harmful effects of chemotherapy. When cells were pretreated with EF24 and RAD001 before being treated with chemotherapy , the healthy cells showed less damage to their DNA.

“Our preliminary results suggest that pretreatment with EF24 or RA001 may reduce the cytotoxic effect of cisplatin on nonmalignant mesothelial cells and increase cell death response of malignant pleural mesothelioma cells,” writes Dr. Onen. Based on these promising findings, the next step will be to further analyze the two compounds by testing them in animal subjects.

The MESOMICS project is the most comprehensive dataset of mesothelioma genomics to date. The data in this resource can help researchers to design precision treatments for mesothelioma patients This project was created by an international collaboration between scientists from France, Chile, and the United States. Understanding Diagnosis Malignant pleural mesothelioma is a rare cancer caused by asbestos exposure. There are approximately 2,000 cases of mesothelioma diagnosed in the United States alone every year. Because it is so rare, the treatment options are very limited compared to other types of cancer. The limited treatment options combined with the cancer’s ability to spread without being noticed makes mesothelioma a deadly disease. Median overall survival for mesothelioma patients is a little over a … END_OF_DOCUMENT_TOKEN_TO_BE_REPLACED