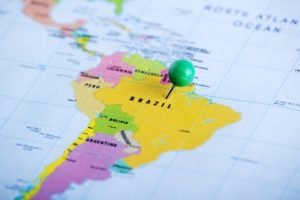 Brazil has a history of underreporting mesothelioma deaths and the trend is not improving.

That is the word from Brazilian public health experts. Their new report appears in a recent issue of Occupational Medicine.

Researchers from the Institute of Collective Health in Salvador examined electronic medical records from across the country. They compared them with the official record of asbestos related diseases (ARDs) in Brazil’s Mortality Information System.

They discovered that more than 300 mesothelioma deaths were missing from the roughly 1000 deaths reported between 2008 and 2014. The researchers say such underreporting makes it harder to evaluate “remedial policies” that could help prevent asbestos-linked illnesses.

Asbestos is the primary cause of mesothelioma deaths worldwide. Mesothelioma is a virulent cancer with no known cure. Brazil was one of the world’s largest producers of chrysotile or “white” asbestos. About 95 percent of the asbestos the US imported in 2016 came from Brazil.

But in 2017, the Brazilian government voted to stop producing, using, or distributing asbestos. It is now one of 62 countries that have banned asbestos. The US is not among them.

Mesothelioma deaths make up the bulk of deaths from asbestos. But asbestos also causes other illnesses. Other serious ARDs include asbestosis and pleural plaques. Both of these non-malignant lung conditions can also kill.

Researchers combed medical records between 2008 and 2014. That is the period where every Brazilian health information system contributed to the record of ARDs.

They found 1298 deaths associated with asbestos during that time. Seventy-seven percent of those were mesothelioma deaths. The remaining 23 percent of deaths were from asbestosis or pleural plaques.

Brazil’s official Mortality Information System only listed 661 mesothelioma deaths. That is an average underreporting of 33 percent. Asbestosis and pleural plaques were also underreported by about 55 percent in 2010. That number dropped to 25 percent by 2014.

But the problem of underreported mesothelioma mortality may be even worse than it appears. After gathering data from all the health systems, the research team says the numbers are still lower than expected.

They say improved communication between health systems could identify more cases of ARDs. A clear picture of the number of mesothelioma deaths and deaths from other ARDs is key to creating policies to prevent them.

“Interoperability of multiple information systems could enhance case detection and improve the precision of mortality estimates, which are crucial for surveillance and for evaluation of remedial policies,” concludes the report summary.

About 2,500 people die of mesothelioma in the US each year.