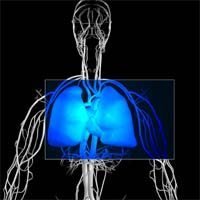 Fifteen years after the 9/11 terrorist attack on the World Trade Center, some of the wounds inflicted that day have begun to heal. Unfortunately others, including many anticipated cases of malignant mesothelioma, have yet to be revealed.

Malignant mesothelioma is the most deadly of several serious health conditions associated with the fibrous mineral, asbestos. It can take decades after people inadvertently inhale or swallow the fibers for them to develop symptoms of the disease.

Asbestos was a popular insulator and building component additive at the time the Twin Towers were constructed. Some four hundred tons of the toxin was used in the building. When the towers came down, thousands of first responders and New Yorkers were exposed to enormous clouds of dust and debris which included mesothelioma-causing asbestos.

A Deadly Legacy of Mesothelioma

While many of the emergency workers, first responders, and others on or near the scene of the 9/11 tragedy developed respiratory problems in the weeks and months following the event, those who are most likely to eventually receive a mesothelioma diagnosis may not know it for another five years or more.

Fortunately, when and if these people are diagnosed with mesothelioma, they may be eligible for compensation. Last year, Congress reauthorized the Zadroga Act, legislation that provides healthcare and other benefits to 9/11 firefighters and first responders.

The risk of mesothelioma among people on the scene of the 9/11 attacks still exists fifteen years after the fact because of the disease’s long latency period, or the time between exposure and symptom development.

Shards of asbestos are biopersistent, remaining in the body tissue where they trigger inflammation and irritation that can eventually lead to malignant mesothelioma.

It is the same worrisome problem faced by anyone who has been exposed to toxic asbestos dust; the symptoms of mesothelioma could develop at any time after exposure. Or they may never develop.

The anniversary of 9/11 is a fitting time to note that anyone who has been exposed to asbestos dust, regardless of the setting, should be aware of the most common symptoms of mesothelioma. These can include cough, shortness of breath, chest pain, and fatigue.

Asbestos-exposed people should have regular medical exams to monitor for early signs of illness. Some studies have even suggested that there may be a survival benefit in periodic CT scans for individuals at highest risk.

An estimated 60,000 to 70,000 9/11 responders suffered the most concentrated asbestos exposure and now face the highest risk for mesothelioma. However, the EPA has stated that no level of asbestos exposure is safe.

An international group of researchers have provided recommendations for countries to create a mesothelioma registry. Mesothelioma registries are great tools to monitor the negative effects of asbestos. It can help to identify clusters of asbestos exposure. Registries can also track the impact of asbestos reduction programs. Asbestos Health Risks Asbestos is a naturally occurring mineral that has been found throughout the world. Even though it is toxic, it is used in manufacturing and construction in many countries around the world. Mesothelioma is a cancer that is caused by exposure to asbestos. It grows in the lining of organs like the lungs. Generally, those who develop mesothelioma show no signs of illness for a long time after their first exposure. It … END_OF_DOCUMENT_TOKEN_TO_BE_REPLACED