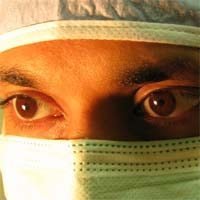 There is disagreement among some of the world’s top mesothelioma experts about the value of the radical surgical treatment known as extrapleural pneumonectomy (EPP).

An asbestos-linked malignancy, pleural mesothelioma grows in a thin sheet across the membranous tissue surrounding the lungs. The cancer may eventually spread to the lung tissue, as well. Fluid buildup and stiffening off the mesothelium by the tumor cells makes it impossible for the lungs to expand normally. Introduced in the 1940’s and modified over the years, EPP involves removal of not only the diseased pleural tissue, but the lung closest to it, the lymph nodes, and portions of the covering of the heart (pericardium) and the diaphragm.

Despite a 60 percent complication rate, the radical surgical approach has been shown in some studies to improve survival, especially when combined with adjuvant therapies like chemotherapy and/or radiation. EPP is advocated by a number of leading mesothelioma specialists, including Dr. David Sugarbaker of Brigham and Women’s Hospital/Dana Farber Cancer Institute in Boston, whose extensive experience with the technique has reduced the EPP mortality rate at his institution to less than 4%.

Despite this success, the EPP approach has been called into question. At a first-of-its-kind international symposium on lung-sparing mesothelioma techniques in California, mesothelioma specialists from around the world concluded that EPP holds no advantage over less risky lung-sparing techniques. Led by another top American mesothelioma doctor, Dr. Robert Cameron, Director of the UCLA Mesothelioma Research Program, the physicians reached the unanimous decision to recommend that EPP be abandoned as a mesothelioma treatment, in favor of other, safer treatment modalities.

Some of the most compelling evidence against EPP came from a recently concluded UK study called the Mesothelioma and Radical Surgery (MARS) trial. In a press release issued by the Pacific Heart, Lung & Blood Institute where Dr. Cameron serves as Scientific Advisor, he states, “The information presented at this Symposium makes an incredibly strong statement that surgical removal of the lung for treatment of malignant pleural mesothelioma should no longer be performed anywhere in the world, just like it has been abandoned already in the U.K.”

Attendees of the symposium also discussed other mesothelioma treatment modalities, including up-and-coming biological therapies such as gene therapy and immunotherapy. Two to three thousand patients are diagnosed with mesothelioma each year in the U.S. Almost all contract it because of exposure to asbestos.

A Canadian study found that tracking trends in mesothelioma at the local level can help officials predict future mesothelioma cases. Most mesothelioma tracking efforts focus on the national scale and monitor cases across a country or region. This study, published in Cancer Causes and Control, looked at mesothelioma cases based on industrial sources of asbestos in Ontario and British Columbia. Growing Number of Cases Asbestos is a toxic material that is used in many commercial and industrial products. It’s durability and heat resistance made it very popular in products like construction materials, textiles, and vehicles. Mesothelioma is a deadly cancer caused by exposure to asbestos. It was first identified as a cancer-causing material in 1977 by the International Agency for … END_OF_DOCUMENT_TOKEN_TO_BE_REPLACED