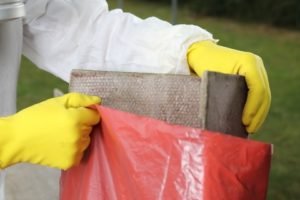 A new study is further evidence that asbestos bans are not a quick fix for the global problem of malignant mesothelioma incidence.

Researchers in China and the US just released a worldwide research study on the asbestos cancer. The study included 21 regions in 195 countries and territories and spanned 27 years.

The authors say mesothelioma incidence does decrease after asbestos bans. But the decrease can take decades. In the meantime, they say many countries need to do a better job of tracking and managing mesothelioma cases.

Malignant mesothelioma is an aggressive cancer with a poor prognosis. Exposure to asbestos is its only known cause. People with mesothelioma often die of this cancer in less than a year, even with standard of care treatment.

Mesothelioma incidence is highest in people who have worked around asbestos. Asbestos is a mineral that used to be prized for its strength, heat resistance, and abundance. Manufacturers used it in hundreds of products from construction supplies to personal care.

After scientists made the connection between asbestos and mesothelioma incidence, some companies stopped using it. Sixty countries have now banned asbestos. Countries that mined and exported asbestos or that used a lot of asbestos have the highest rates of mesothelioma.

Researchers from several Chinese Universities and Boston’s Dana Farber Cancer Institute used data from the Global Burden of Disease 2017 database. They focused on people diagnosed with mesothelioma between 1990 and 2017. The patients came from 21 regions in 195 countries and territories.

In addition to mesothelioma incidence, the researchers looked at the ages and genders of patients, the sociodemographic level of their area, and how those numbers changed over time.

More than 34,600 people received mesothelioma diagnoses in 2017. Almost 30,000 of people died of mesothelioma that year. That is an increase in mesothelioma incidence from 1990. That year, just over 21,200 people were diagnosed with mesothelioma. There were 17,406 deaths.

In countries that instituted asbestos bans, mesothelioma incidence went down. But it took about 20 years for the effect to show.

About 2,500 Americans are diagnosed with mesothelioma each year. Asbestos is heavily regulated in the US, but there is no asbestos ban.

Zhai, Z, et al, “Assessment of Global Trends in the Diagnosis of Mesothelioma From 1990 to 2017”, August 2, 2021, JAMA Network Open, https://jamanetwork.com/journals/jamanetworkopen/fullarticle/2782981

Researchers in Italy say a virus normally found in goats could offer a new, safer way to kill malignant mesothelioma cells and improve patient outcomes.  The virus is caprine herpesvirus 1 (CpHV-1). It has been blamed for bouts of spontaneous abortions in goat herds. But it does not appear to cause any disease in humans. In fact, previous studies show CpHV-1 can kill several types of human cancer cells.  The newest study of CpHV-1 was conducted at the National Cancer Institute IRCCS G. Pascale Foundation in Naples. Scientists there made two important discoveries. They found that not only can CpHV-1 kill mesothelioma cells without harming normal cells, but it might also have the potential to make chemotherapy work better.  Mesothelioma … END_OF_DOCUMENT_TOKEN_TO_BE_REPLACED