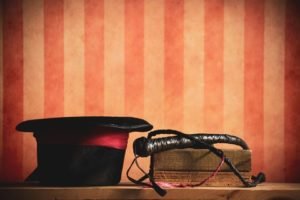 Public health researchers in Italy say they have uncovered an unusual case of occupational asbestos exposure in a circus worker with malignant mesothelioma.

The 86-year-old former smoker worked as a truck driver and lion tamer. He was a part of the circus for 53 years.

Circuses are not usually considered a high risk environment for asbestos exposure. But records from the local mesothelioma registry show two separate situations in which the circus worker experienced occupational asbestos exposure.

The new case report highlights the problem of hidden mesothelioma risks on the job.

Mesothelioma is one of the world’s deadliest cancers. It is almost always caused by breathing in or swallowing asbestos dust. This usually happens at work.

The dust may look harmless enough. But microscopic asbestos fibers are like shards of cancer-causing glass. They become embedded in the tissue and wreak havoc over time.

It can take decades for mesothelioma to develop after occupational asbestos exposure. But once it does, patients usually have less than a year to live.

Some jobs are known to pose a mesothelioma risk. Asbestos miners and manufacturing workers, Naval veterans, shipbuilders, firefighters, electricians, pipefitters, boiler makers, and other construction trades are jobs with a history of occupational asbestos exposure.

But teachers, actors, and textile workers have also developed mesothelioma after encountering asbestos on the job. Most had no idea they were even near the deadly toxin.

Asbestos Supposed to be ‘Protective’

Asbestos was a popular insulator because it resists heat and flame. In the case of the Italian circus worker with mesothelioma, asbestos was supposed to protect him.

The man drove a truck and tamed lions and tigers for more than five decades. Part of his act involved holding a burning ring for the big cats to jump through. Unfortunately, the ring was wrapped with asbestos tape.

The trucks the man drove also contained asbestos. They had insulating asbestos panels around the engines. This was common in older vehicles.

The case illustrates how insidious occupational asbestos exposure can be.

Asbestos is classified as a Class I Carcinogen by the International Agency for Research on Cancer (IARC). Sixty countries have bans on asbestos. The US, China, India, and Russia are not among them.

The MESOMICS project is the most comprehensive dataset of mesothelioma genomics to date. The data in this resource can help researchers to design precision treatments for mesothelioma patients This project was created by an international collaboration between scientists from France, Chile, and the United States. Understanding Diagnosis Malignant pleural mesothelioma is a rare cancer caused by asbestos exposure. There are approximately 2,000 cases of mesothelioma diagnosed in the United States alone every year. Because it is so rare, the treatment options are very limited compared to other types of cancer. The limited treatment options combined with the cancer’s ability to spread without being noticed makes mesothelioma a deadly disease. Median overall survival for mesothelioma patients is a little over a … END_OF_DOCUMENT_TOKEN_TO_BE_REPLACED