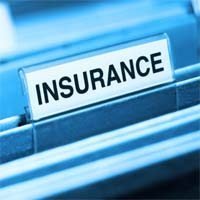 Insurance companies are seeing a rise in asbestos and mesothelioma insurance claims – even though the incidence of the disease has been gradually slowing.

The Reuters News Agency is reporting that two major insurers – Hartford Financial and American International Group, Inc. (AIG) – have recently had to dramatically increase the amount of money they are holding in reserve for mesothelioma and other asbestos cases because of a higher number of claims in recent years.  The shift in funds meant a $290 million shortfall in earnings for Hartford Financial, making investors nervous about the company’s stability.  AIG worried its shareholders by moving $4.1 billion into its reserve fund.

For decades before the link to mesothelioma and other illnesses was made known, asbestos was used as a stable, strong and inexpensive component in building products. It was common in the boiler rooms of ships and in the insulation around furnaces, pipes, electric wires and in attics.  It was added to floor and ceiling tiles and was even found in paints and joint compounds.

Because of the long latency period (30 to 50 years) between exposure to asbestos and development of mesothelioma, most mesothelioma cases do not come to light – or to court – until years later.  According to the Insurance Information Institute, the amount of money insurance companies put in reserve for mesothelioma cases hit a peak in 2005 and steadily declined through 2009. That drop mirrors American Cancer Society statistics which show an annual decline in the rate of new mesothelioma cases from 1999 to 2008.

So why the increase in insurance claims now?  One theory is that mesothelioma cases related to the renovation or demotion of old buildings are beginning to rise. Reuters also attributes the trend in part to savvier plaintiffs who have a better understanding of how the negligent behavior of various entities may have contributed to their mesothelioma.  The Reuters report also speculates that insurance companies may be increasing reserves to prepare for the expense of new, more advanced mesothelioma therapies.

The MESOMICS project is the most comprehensive dataset of mesothelioma genomics to date. The data in this resource can help researchers to design precision treatments for mesothelioma patients This project was created by an international collaboration between scientists from France, Chile, and the United States. Understanding Diagnosis Malignant pleural mesothelioma is a rare cancer caused by asbestos exposure. There are approximately 2,000 cases of mesothelioma diagnosed in the United States alone every year. Because it is so rare, the treatment options are very limited compared to other types of cancer. The limited treatment options combined with the cancer’s ability to spread without being noticed makes mesothelioma a deadly disease. Median overall survival for mesothelioma patients is a little over a … END_OF_DOCUMENT_TOKEN_TO_BE_REPLACED