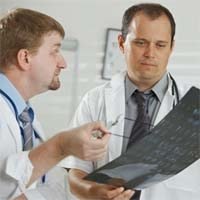 A new report published in the International Journal of Environmental Research and Public Health suggests that, although asbestos consumption peaked in Australia in the 1970s, malignant mesothelioma and other asbestos-related diseases continue to be a significant public health issue.

Asbestos is a naturally-occurring mineral that was prized as a building product additive because of its high tensile strength and resistance to heat and corrosion. Australia is rich in the mineral and once operated several of the world’s largest mines.

In the 1960s and 1970s, the country also had the highest per capita use of the toxin in the world.

Rather than address emerging concerns about malignant mesothelioma by issuing a total asbestos ban in the 1960s, Australia took it’s time severing ties with the mineral.

According to researchers at the Asbestos Diseases Research Institute who authored the new report, Australia first banned crocidolite asbestos in the 1960s, followed by amosite asbestos in the mid-1980s. It was not until 2003 that all forms of asbestos were banned in Australia.

“The sustained efforts of trade unions and non-governmental organisations were essential in forcing the Australian government to finally implement the 2003 asbestos ban,” writes epidemiologist Dt. Matthew Soeberg of the University of Sydney, first author on the new report.

“Trade unions and non-government organisations continue to play a key role today in monitoring the government’s response to the Australian asbestos-related disease epidemic.”

While Australia is headed in the right direction, Dr. Soeberg and his colleagues say the country’s epidemic of malignant mesothelioma and other asbestos diseases has just reached its peak and “significant challenges” remain.

More than 16,000 Australians were diagnosed with mesothelioma between 1982 and 2016. The good news is that, for the past ten years, the rate of new mesothelioma cases has leveled off.

Dr. Soeberg and his colleagues warn that “public health efforts must continue to focus on preventing the devastating effects of avoidable asbestos-related diseases.”

DIY Homeowners at Risk for Mesothelioma

One of the biggest “at risk” groups for mesothelioma – both in Australia and in the US – are homeowners tackling DIY projects in older houses where asbestos might be present. Australia has launched a public health initiative aimed at educating homeowners about the dangers of asbestos.

In the US, virtually every home and public building constructed before 1980 is presumed to contain some amount of asbestos. To minimize the risk for pleural mesothelioma, homeowners are urged to seek professional guidance before starting a remodeling project that could disturb asbestos.

The US Environmental Protection Agency has said that no amount of asbestos exposure is risk-free.

Australia is one of 55 countries that now have some kind of asbestos ban in place. The US and Canada are not among them.

The MESOMICS project is the most comprehensive dataset of mesothelioma genomics to date. The data in this resource can help researchers to design precision treatments for mesothelioma patients This project was created by an international collaboration between scientists from France, Chile, and the United States. Understanding Diagnosis Malignant pleural mesothelioma is a rare cancer caused by asbestos exposure. There are approximately 2,000 cases of mesothelioma diagnosed in the United States alone every year. Because it is so rare, the treatment options are very limited compared to other types of cancer. The limited treatment options combined with the cancer’s ability to spread without being noticed makes mesothelioma a deadly disease. Median overall survival for mesothelioma patients is a little over a … END_OF_DOCUMENT_TOKEN_TO_BE_REPLACED