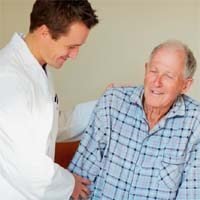 For mesothelioma patients who are not candidates for surgery, new research suggests that an escalated dose of radiotherapy in the right place may help slow the cancer’s progression.

Mesothelioma, a cancer of the lining around the lungs and other organs, is hard to treat with traditional therapies in part because of its atypical configuration. The cancer tends to spread across the thin, membranous tissue of the mesothelium in a ‘sheet’ formation, rather than a solid mass. The odd shape of mesothelioma tumors not only makes them difficult to remove surgically, but can also make them challenging to treat with radiation without harming vital organs beneath such as the lungs.

But a group of radiology researchers in Milan, Italy found that, not only did an escalated dose of precision radiation appear to improve overall mesothelioma survival, but it also had a ‘significant impact’ on localized recurrence of the treated tumor. To conduct their study, the team utilized helical tomotherapy, an advanced method of delivering intensity modulated radiation therapy (IMRT) that is especially well-suited to irregularly-shaped tumors like mesothelioma. When paired with PET/CT imaging, tomotherapy can precisely tailor the radiation dose to a target area while minimizing the damage to healthy tissue around it.

Researchers administered radiation to two groups of 12 mesothelioma patients using PET/CT-guided tomotherapy. The first group was treated with 56 Gy targeted to all areas where cancer was detected, including all positive lymph nodes. The second group received the same dose to the whole pleura, in addition to a simultaneous ‘boost’ of 62.5 Gy to the positive areas.

No patients in the first mesothelioma group experienced acute or late complications from the radiation, but three patients in the second group did develop pneumonitis that lasted from 2 to 10 weeks. Median survival among patients in the first group was 8 months. Patients whose mesothelioma had been treated with an additional radiation boost had a median survival of 20 months. The difference in relapse rates between the two mesothelioma groups was also significant: 8 months vs. 17 months. Sixteen percent of first group patients experienced a year without local relapse, in contrast to a 1-year relapse-free rate in the second group of 81%.

Helical tomotherapy, as was used in this trial, has been shown in previous studies to be an effective adjuvant therapy after mesothelioma surgery, but few studies have focused on the technology as a primary treatment modality. Although the radiation ‘boost’ technique is still new and the size of the trial sample was small, the study’s authors conclude that the method deserves further study and may offer an important alternative treatment option to mesothelioma patients who are unable to undergo surgical resection.

A Canadian study found that tracking trends in mesothelioma at the local level can help officials predict future mesothelioma cases. Most mesothelioma tracking efforts focus on the national scale and monitor cases across a country or region. This study, published in Cancer Causes and Control, looked at mesothelioma cases based on industrial sources of asbestos in Ontario and British Columbia. Growing Number of Cases Asbestos is a toxic material that is used in many commercial and industrial products. It’s durability and heat resistance made it very popular in products like construction materials, textiles, and vehicles. Mesothelioma is a deadly cancer caused by exposure to asbestos. It was first identified as a cancer-causing material in 1977 by the International Agency for … END_OF_DOCUMENT_TOKEN_TO_BE_REPLACED