Home / News / Mesothelioma Rates Expected to Rise for Another Decade 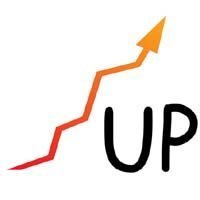 Most developed countries can expect another decade or more of rising mesothelioma rates before the incidence of the disease starts to wane.

That is one of the major findings in a recent report from The Baird Institute for Applied Heart and Lung Surgical Research in Australia. The report, which looked at the causes, distribution and projected future incidence of malignant mesothelioma, contains both good and bad news for the U.S..

Mesothelioma is an aggressive and often fatal cancer caused by exposure to asbestos.  It is thought to be triggered by chronic inflammation and irritation in the lung tissue and the surrounding pleural membrane by the sharp asbestos fibers.   Mesothelioma often takes decades to develop. According to the Baird Institute report, the average time from asbestos exposure to mesothelioma diagnosis is greater than 40 years.

Other findings in the report included the fact that the incidence of mesothelioma “varies markedly” between countries and even within the same country. Although the highest annual rates of mesothelioma – approximately 30 cases per million – occur in Australia and Great Britain, the study’s authors say poor reporting makes it difficult to know the extent of the problem in underdeveloped countries. “Global incidence of mesothelioma is likely to be significantly higher than mortality registries suggest due to unreported cases occurring in developing countries,” writes author Benjamin Robinson.

The report confirmed that mesothelioma continues to be primarily a male disease and that risk increases with older age. However, the researchers also note that the proportion of people contracting mesothelioma from non-occupational asbestos exposure, including people exposed on do-it-yourself renovation projects and women exposed through second-hand contact with a spouse’s work clothes, is on the rise.

The most hopeful finding in the report is the fact that the incidence of mesothelioma in the U.S. appears to have peaked in 2005 and is now in a slow decline.  The disease will remain a threat in the U.S. for many years, however an estimated 85,000 cases of mesothelioma are expected to occur between 2000 and 2050.  Of the other developed countries examined in the report, including the UK, Australia, Italy and Japan, mesothelioma incidence rates are still rising and are expected to peak before 2030.

The Baird Institute mesothelioma study was published in the Annals of Cardiothoracic Surgery.

Researchers in Italy say a virus normally found in goats could offer a new, safer way to kill malignant mesothelioma cells and improve patient outcomes.  The virus is caprine herpesvirus 1 (CpHV-1). It has been blamed for bouts of spontaneous abortions in goat herds. But it does not appear to cause any disease in humans. In fact, previous studies show CpHV-1 can kill several types of human cancer cells.  The newest study of CpHV-1 was conducted at the National Cancer Institute IRCCS G. Pascale Foundation in Naples. Scientists there made two important discoveries. They found that not only can CpHV-1 kill mesothelioma cells without harming normal cells, but it might also have the potential to make chemotherapy work better.  Mesothelioma … END_OF_DOCUMENT_TOKEN_TO_BE_REPLACED