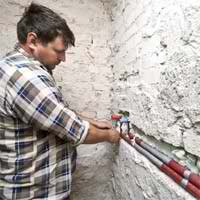 A pair of Polish researchers have confirmed what a number of other studies have suggested – that the risk of contracting malignant mesothelioma continues to rise, even decades after a person’s last exposure to asbestos.

The study was conducted by asbestos-exposure experts at the Nofer Institute of Occupational Medicine and included a total of 131 patients with pleural mesothelioma.

Another 655 people enrolled in a health surveillance program for asbestos-related diseases between 2000 and 2014 were included as controls.

When researchers Beata Swiatkowska and Neonila Szeszenia-Debrowska used the data to calculate the odds that asbestos-exposed people would develop malignant mesothelioma, the results were sobering.

Instead of declining over time, the chance that an asbestos-exposed worker would receive a diagnosis of mesothelioma continued to climb, the further he or she got from their last asbestos exposure.

“The results show that the risk of pleural mesothelioma continued to increase even after 40 years since the last exposure,” states the report. In fact, the people who had last been exposed to asbestos 4 decades ago were more than two-and-a-half times as likely to contract mesothelioma as those whose last exposure was just 5 years ago.

Another key observation from the new mesothelioma study is that the type of asbestos to which a person is exposed may also impact their risk of contracting pleural mesothelioma.

The researchers say an understanding of the “dose-response” relationship in occupationally-exposed people could be helpful in the study of mesothelioma risk among people exposed to asbestos in their environments.

Asbestos is a naturally-occurring mineral that was used for decades in a variety of industrial and construction applications. Although many countries have now banned it’s use, the incidence of mesothelioma, the most deadly disease associated with asbestos exposure, has continued to rise.

One big reason for this rise is the biopersistence of asbestos, the sharp fibers of which stay in the body indefinitely after exposure, triggering cancer-caused inflammation at the cellular level. Although multi-modal treatments have modestly increased mesothelioma survival rates, there is no cure.

Malignant pleural mesothelioma is a rare type of cancer. A growing number of mesotheliomas are being treated with novel immunotherapies. But clinicians still lack a meaningful way to measure mesothelioma treatment response. An article in Seminars in Nuclear Medicine lists five ways clinicians can measure how well a treatment plan is working. And a new artificial intelligence tool can measure mesothelioma tumors without any human input. Artificial intelligence may provide the key to treatment response in the future. Measuring Mesothelioma Treatment Response In malignant pleural mesothelioma, complex tumors result in inconsistent clinical assessment. There are five common ways to measure if a treatment plan is working. Generally, a clinician will look to see if the size or weight of a tumor has … END_OF_DOCUMENT_TOKEN_TO_BE_REPLACED