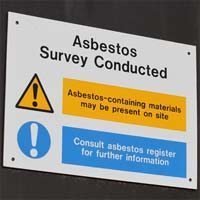 A small bit of good news for the beleaguered town of Libby, Montana where mesothelioma has become a household word.  Declared a Superfund site by the EPA in 1999 because of high levels of asbestos from its vermiculite mines, Libby has been the site of the massive cleanup operation ever since.  According to the latest report, the EPA claims that the air in Libby is mostly safe to breath.

Asbestos is known to cause mesothelioma, as well as asbestosis, lung cancer, and other serious lung disorders.  Libby’s high levels of asbestos, which spewed into the air from the mines and settled like dust across the town for more than 40 years, touched off a rash of mesothelioma cases, bringing it to the attention of the EPA and health officials. An EPA Emergency Response Team was sent to investigate the asbestos levels and their link to the rise in mesothelioma.

In 2009, the risk of mesothelioma and other diseases in Libby prompted the EPA to declare a public health emergency in the town, a first-of-its-kind for the agency. Now, after an unprecedented $370 million dollars worth of cleanup costs, a new report from the EPA says asbestos levels in Libby are going steadily downward.  The agency revealed the results of their latest toxicity report at a recent public meeting in Libby. In the report, EPA finds that the air in Libby is finally safe to breath, although there are still some areas of town with unhealthy levels of asbestos that will need further attention.  Of course, if asbestos levels go down, the risk of mesothelioma should follow.

“We will be here for a while yet.  We have more work to do,” EPA regional administrator James Martin told the crowd of Libby residents gathered at the meeting.  “We will not leave until we are done, but we’re making progress.”

But mesothelioma risk is far from gone in Libby.  In a press release on the toxicity report, EPA says ‘Although EPA has made significant progress in helping to remove the threat of asbestos in the land and air, and with it, the increased risks of lung cancer and other respiratory problems, actual and potential releases of amphibole asbestos remain a concern in Libby.’

The toxicity report shows current ambient air concentrations of Libby amphibole do not appear to be above the Superfund target.  However, the report does express concern that activities which might stir up asbestos, such as digging in the soil, could still raise that risk.

To date, the agency has removed more than 825,000 cubic yards of asbestos-contaminated soil from more than 1400 properties.  The EPA plans to perform another 150 residential cleanups this summer to continue to reduce the risk of mesothelioma and other asbestos caused diseases.

The MESOMICS project is the most comprehensive dataset of mesothelioma genomics to date. The data in this resource can help researchers to design precision treatments for mesothelioma patients This project was created by an international collaboration between scientists from France, Chile, and the United States. Understanding Diagnosis Malignant pleural mesothelioma is a rare cancer caused by asbestos exposure. There are approximately 2,000 cases of mesothelioma diagnosed in the United States alone every year. Because it is so rare, the treatment options are very limited compared to other types of cancer. The limited treatment options combined with the cancer’s ability to spread without being noticed makes mesothelioma a deadly disease. Median overall survival for mesothelioma patients is a little over a … END_OF_DOCUMENT_TOKEN_TO_BE_REPLACED