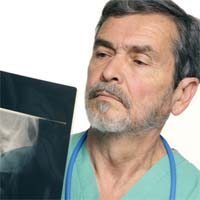 Mesothelioma patients who undergo lung removal surgery (pneumonectomy) can still enjoy an acceptable quality of life, in spite of the risks associated with the surgery.

That is the conclusion of a seven-year Italian study on patients who had pneumonectomy for either lung cancer or mesothelioma between January 2003 and March 2010.  A Total of 71 patients were enrolled in the study. Twenty-six of them had their right lung removed while 31 had left-sided pneumonectomy. Eleven patients had more extensive pneumonectomies that also involved removal of structures other than the lung, such as parts of the trachea, diaphragm or lung lining.

At one-year, 93% of the mesothelioma and lung cancer patients who had undergone pneumonectomies were still alive, although all had begun to have heart problems such as tricuspid valve insufficiency. Tricuspid insufficiency refers to the failure of the heart’s tricuspid valve to close properly, allowing some blood to pass from the right ventricle to the right atrium with each beat, decreasing the heart’s pumping efficiency. The pneumonectomy patients also had thickening of the ventricular walls in the heart. Three patients died from complications related to the surgery.

After five years, 20% of the mesothelioma and lung cancer patients in the study were still living. Although a quality of life questionnaire filled out at one year and five years after surgery indicated a decrease in the quality of life, their scores were still deemed ‘acceptable’ by the research team. In a summary of their results in an Italian medical journal, the group concludes, “Postoperative mortality (4.3%) and five-year survival (20%) after pneumonectomy seem to be satisfactory.” Despite the heart problems observed, most were not severe enough to dramatically affect quality of life, prompting researcher to conclude that “acceptable quality of life is still achievable” in these mesothelioma and lung cancer patients.

There is still considerable debate among mesothelioma experts worldwide about the benefits versus the risks of pneumonectomy. Given the slim improvement in survival and high rate of complications with pneumonectomy, some doctors favor the less radical pleurectomy procedure instead.

The MESOMICS project is the most comprehensive dataset of mesothelioma genomics to date. The data in this resource can help researchers to design precision treatments for mesothelioma patients This project was created by an international collaboration between scientists from France, Chile, and the United States. Understanding Diagnosis Malignant pleural mesothelioma is a rare cancer caused by asbestos exposure. There are approximately 2,000 cases of mesothelioma diagnosed in the United States alone every year. Because it is so rare, the treatment options are very limited compared to other types of cancer. The limited treatment options combined with the cancer’s ability to spread without being noticed makes mesothelioma a deadly disease. Median overall survival for mesothelioma patients is a little over a … END_OF_DOCUMENT_TOKEN_TO_BE_REPLACED