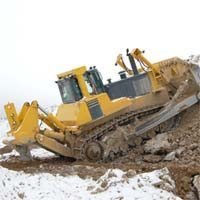 The long-awaited results of the Minnesota Taconite Workers Health Study are in but many questions remain about the link between the iron-based mineral taconite and malignant mesothelioma. The five-year study was commissioned by the Minnesota Department of Health and carried out by researchers at the University of Minnesota at a cost of $4.9 million. The goal of the study was to determine why 82 taconite workers have died of mesothelioma, a rare lung-related cancer normally associated with asbestos exposure, since 2010.

Preliminary findings of the study, which focused on the 50,000 current and former taconite workers born since 1920, have been released every couple of years since the study began. But last week was the first time that iron workers and the public could hear some final conclusions. Unfortunately, some of the results appear to raise as many questions about mesothelioma as they answer.

First, the study confirmed that taconite workers are at a higher risk for mesothelioma than the general public, and that the risk appears to increase by about 3 percent for every year spent working in the taconite industry. What remains unanswered is whether or not that risk is directly related to taconite dust, or with exposure to other fibers. Since few asbestos fibers were found in or around the taconite mines, researchers focused their attention on shorter fibers called elongated mineral particles (EMPs). But, even though a weak link was found between mesothelioma and the short EMPs found in the taconite industry, researchers said it was “not felt to be certain.”

But the study did contain some good news. Air quality tests in the communities around the taconite mines found the air to be even more dust-free than it is elsewhere in Minnesota. Also, unlike asbestos workers whose spouses have a higher risk of mesothelioma because of exposure to their work clothes, the study found that the spouses of taconite workers face no such risk. The rate of mesothelioma among family members of taconite workers was no higher than it is in the general public, which remains very low.

Another bit of good news for taconite workers was that the amount of dust created by mining and processing taconite was “within safe limits” and the protective gear worn by modern taconite workers appears to be sufficient to protect them from mesothelioma and other lung diseases.  “We’re hopeful that the results to date will allay fears that taconite dust has generated broad harm to the general public,” lead investigator Dr. Jack Mandel told the Duluth News Tribune. Additional study results are expected to be released throughout the year.

Italian researchers say lung-sparing surgery can lead to long-term mesothelioma survival, even if surgeons take a more conservative approach.  Lung-sparing surgery for mesothelioma is also known as pleurectomy with decortication (P/D). P/D surgery is less extensive than the other main surgical approach for mesothelioma but it is also less risky. Now, doctors at Venice-Mestre Hospital say that, as long as it is performed early enough and combined with other treatments, lung-sparing surgery saves lives. Their report in the Journal of Thoracic Disease details the outcomes of 155 mesothelioma surgery patients tracked for a median of a year-and-a-half.  Extrapleural Pneumonectomy & Lung-Sparing Surgery Extrapleural pneumonectomy (EPP) is the most radical operation for pleural mesothelioma. In addition to removing the mesothelioma tumor … END_OF_DOCUMENT_TOKEN_TO_BE_REPLACED