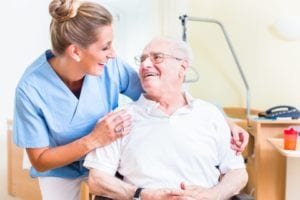 Mesothelioma survival after recurrence may be better with lung-preserving P/D surgery than with more radical EPP.

Japanese researchers recently analyzed the cases of 44 mesothelioma patients who underwent either EPP or P/D.

It took about the same amount of time for mesothelioma tumors to start growing again, no matter what type of surgery the patient had. The difference was in survival.

Both overall survival and mesothelioma survival after recurrence were longer in the P/D patients.

EPP vs. P/D: The Ongoing Debate

On one hand, extrapleural pneumonectomy (EPP) removes more diseased tissue, including a lung. Some say this improves the odds of long term mesothelioma survival. There are fewer spots for mesothelioma to recur.

But EPP carries a high risk of complications and even death. A growing number of doctors favor pleurectomy with decortication (P/D). It is easier to perform and less traumatic for patients. Patients may also breathe better after P/D than after EPP.

Chemotherapy with pemetrexed (Alimta) and a platinum drug is the only FDA-approved first-line treatment for mesothelioma. Chemotherapy may be followed by surgery to remove as much malignant mesothelioma as possible.

If a mesothelioma tumor comes back, the options are even fewer. There are no approved second-line treatments to extend mesothelioma survival after recurrence. Patients and their doctors have to make the best choice they can, based on the individual case.

Many other studies show that patients with epithelial mesothelioma have the best survival odds. But the new study finds that, even among epithelial patients, those who had EPP experienced shorter mesothelioma survival after recurrence.

“Post-recurrence survival (PRS) among all patients was significantly longer in the P/D group even among patients with epithelial-type malignant pleural mesothelioma,” says study author Yuichiro Kai with the Research Institute for Radiation Biology and Medicine.

Mesothelioma Survival After Recurrence By the Numbers

Among all the mesothelioma types represented, the median overall mesothelioma survival after EPP was 17 months versus 34 months in the P/D group. People who had chemotherapy after recurrence lived the longest.

A new French case report shines a spotlight on a little-known potential complication of mesothelioma immunotherapy: celiac disease.  Celiac disease is a chronic digestive and immune disorder brought on by sensitivity to gluten. Over time, celiac disease damages the small intestine causing long-lasting digestive problems. It can prevent patients from getting the nutrients they need to stay healthy.  The new case report appears in Frontiers in Immunology. It details the case of a 70-year-old man who developed celiac disease after treatment with nivolumab. The case suggests that celiac disease may be an underrecognized side effect of mesothelioma immunotherapy. It is a reminder for mesothelioma patients and doctors to pay close attention to digestive problems after treatment.  Stimulating the Immune System … END_OF_DOCUMENT_TOKEN_TO_BE_REPLACED