Home / News / Mesothelioma Survival: Treatment Response May Not Be the Best Predictor 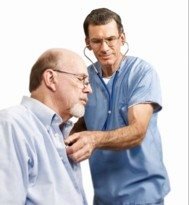 How long it takes for a person’s mesothelioma to start growing again after chemotherapy may be a better indicator of their survival odds than their actual treatment response.

That word comes from a new study published in the European Journal of Cancer. Doctors from France, Belgium, the UK, and the Netherlands developed models showing how progression-free survival could be used for prognosis.

To independently validate these models, the researchers examined patient data from 10 European Organisation for Research and Treatment of Cancer (EORTC) studies of chemotherapy for malignant pleural mesothelioma. A total of 523 mesothelioma patients were included in the analysis. Researchers looked at the treatment response rate, progression-free survival at 9 and 18 weeks, and overall survival for each patient.

When researchers compared the overall survival of patients with whether or not their mesothelioma had progressed at either 9 or 18 weeks, they found that lack of progression at these points correlated strongly with better overall survival.

In the published report of their findings, lead investigator Baktiar Hasan of the European Organisation for Research and Treatment of Cancer Headquarters in Brussels writes, “PFSR-18 [progression-free survival rate at 18 weeks] was strongly correlated and discriminated patients with better OS [overall survival] from the poorer prognosis patients. An earlier end-point, PFSR-9 [progression-free survival rate at 9 weeks] was also strongly correlated to OS with better discriminating capacity.”

Pleural mesothelioma is a malignancy of the membrane that surrounds the lungs. It is almost always caused by exposure to asbestos dust. Because the disease is highly resistant to all known cancer treatments, most patients do not survive longer than about 18 months after diagnosis.

A new study from the University of Sydney showed that cannabis had some anti-cancer effects in mesothelioma. Parts of the marijuana plant have been used for centuries to treat a wide variety of ailments. This includes cancers like pleural and peritoneal mesothelioma and cancer-related pain. We have all heard of medical marijuana. Various states have either legalized its use for specific patients. Many are reviewing its legality for various diseases. Cannabis and Mesothelioma Survival Mesothelioma is a deadly disease with few treatment options. Alternative treatments consist of any approach considered non-conventional. This may include herbs, vitamins, minerals, and other natural non-toxic supplements. When used with conventional approaches, these alternative modalities are often called “complementary.” Surveys suggest that over 70% of … END_OF_DOCUMENT_TOKEN_TO_BE_REPLACED