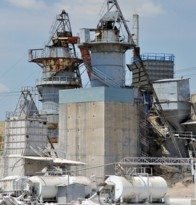 A new study out of Italy demonstrates the deadly legacy of asbestos cement plants around the world. Researchers found a higher incidence of malignant pleural mesothelioma not only not only among former plant workers, but also in people who just lived near the plants, including many women.

The study involved more than 15 thousand Italians diagnosed with mesothelioma between 1993 and 2008. Because mesothelioma is directly related to asbestos exposure, the researchers analyzed the lives of these patients including where they lived, the industries in which they worked, and their family histories to see how they may have come in contact with the toxin.

When all of these mesothelioma cases were plotted on a map of Italy, it became clear that some parts of the country were riskier than others. In all, there were 32 identifiable clusters of mesothelioma cases. The largest were around asbestos cement plants and shipbuilding and repair facilities, two industries that once used asbestos heavily and have long been associated with mesothelioma.

But it was not only the asbestos-exposed workers who faced an elevated mesothelioma risk in these areas. The research also revealed a higher incidence of non-work-related mesothelioma cases (also referred to as environmental exposure) in the regions around cement plants. This suggests that asbestos travelled outside these plants, perhaps on the clothes and belongings of workers or in the waste released from the plants. In these areas, as well as in regions where asbestos occurred naturally in the soil, a higher-than-normal number of women were diagnosed with mesothelioma.

Equally disturbing was the fact that clusters of mesothelioma were also found in sectors with no direct use of asbestos. These included textile industries, metal engineering and construction.The authors, including public health and cancer experts from universities and Italy’s Department of Occupational and Environmental Medicine, conclude that their study could have “major implications for public health policies, health surveillance, compensation procedures and site remediation programs.”

Countries around the world continue to deal with the fallout from decades of asbestos use in a wide range of industries. Many, including Italy, have now banned the substance, although the U.S. has not.

A new study out of India shared new findings on the most accurate way to diagnose mesothelioma. Malignant peritoneal mesothelioma (MPM) is a rare type of cancer. The peritoneum is the membrane that lines your abdominal cavity. MPM forms in this lining and spreads within the abdominal cavity. Mesothelioma is caused by exposure to asbestos. MPM is likely caused by ingesting asbestos that become stuck in the abdomen. It can take up to 50 years for MPM to form and cause symptoms after asbestos exposure. It can be hard for doctors to diagnose MPM. This is because MPM is so rare and the symptoms often look like more common diseases. A delayed diagnosis leads to delayed treatment and a lower … END_OF_DOCUMENT_TOKEN_TO_BE_REPLACED