Home / News / Mesothelioma Treatment May Get a Boost from Pineapple Enzyme 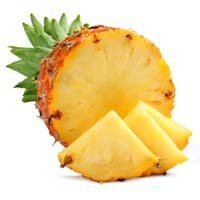 There’s new evidence that an enzyme found in pineapples may make peritoneal mesothelioma cells more susceptible to the toxic effects of chemotherapy.

Mesothelioma is an aggressive malignancy with a poor prognosis, largely due to the fact that standard treatments, including chemotherapy, are not usually very effective. The pineapple-derived enzyme bromelain has been shown in previous studies to have a negative impact on breast and pancreatic cancer cells. Now, Australian researchers have found that it may also be toxic to peritoneal mesothelioma cells, especially when used along with the drug cisplatin.

Bromelain works against cancer by breaking down a protein called MUC-1. Found in several different mesothelioma cell lines, MUC-1 helps cancer cells invade, spread and withstand the toxic effects of chemotherapy. When researchers at the University of New South Wales tested different concentrations of bromelain with and without the chemotherapy drugs cisplatin and 5-FU on mesothelioma cells, they produced some promising results.

The treated mesothelioma cells were assessed after 4 and 72 hours. The viability of both cell lines was adversely affected by the bromelain alone. In combination with a chemotherapy drug, the effects were even more dramatic. “The addition of bromelain increased the cytotoxicity of cisplatin significantly in both cells lines,” the team reports in the journal Anticancer Drugs. Bromelain did not appear to increase the cytotoxicity of 5-FU.

The authors further report that bromelain-induced mesothelioma cell death is by apoptosis, or programmed cell death, and through autophagy, the natural breakdown of cells into their component parts. Based on the results of this and another bromelain/mesothelioma study earlier this year, the authors conclude, “Bromelain has the potential of being developed as a therapeutic agent in malignant peritoneal mesothelioma.”

The MESOMICS project is the most comprehensive dataset of mesothelioma genomics to date. The data in this resource can help researchers to design precision treatments for mesothelioma patients This project was created by an international collaboration between scientists from France, Chile, and the United States. Understanding Diagnosis Malignant pleural mesothelioma is a rare cancer caused by asbestos exposure. There are approximately 2,000 cases of mesothelioma diagnosed in the United States alone every year. Because it is so rare, the treatment options are very limited compared to other types of cancer. The limited treatment options combined with the cancer’s ability to spread without being noticed makes mesothelioma a deadly disease. Median overall survival for mesothelioma patients is a little over a … END_OF_DOCUMENT_TOKEN_TO_BE_REPLACED